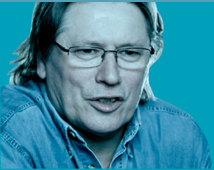 I suspect that some of you might find the following links - and the discussion below the posts - highly interesting:

Up In Lights
Diplomatic Derek

In a nutshell, it concerns Derek Bateman - a leading BBC presenter in Scotland who quit the BBC before the Scottish independence referendum to support the independence cause. His blog regularly (and wittily) lays into his former employer, the BBC, over what he sees as the corporation's anti-independence bias, and his insider revelations caused the BBC establishment in Scotland a wee bit of embarrassment over their links to Labour. Naturally, he became popular with those BBC-hating Scots nationalists often described as 'cybernats'.

Derek and some of his loyal readers have had something of a falling-out this week. They (the loyal readers) think the BBC has "a plan to tilt opinion against the SNP and independence" and that "BBC journalists are willing participants or perhaps convenient stooges" in this "conspiracy"; He (Derek) thinks that "not true" and "not possible":

Anyone with common sense or any experience inside an organisation understands there is a collective ethos or corporate mindset and subconsciously follows it – which does happen at the BBC whose origins, management configuration and internal protocols tend towards reflecting a status quo. In this case that means Britain.

But that’s not the same thing as journalists conspiring to twist announcements to read like criticisms of the SNP. That needs a structure in which word comes down through layers of staff to the journalists. It means telling a journalist what to say or what to write even against his better judgement. It means over 200 staff keeping quiet and never spilling the beans. It suggests all staff are party to an undeclared plan and word doesn’t leak out. Nobody complains. Everybody is malleable or has no political views of their own.

His readers, overwhelmingly, disagree. The common refrain is, "Sorry Derek, I think you are way off the mark here." They do think that the BBC has "an agenda", that "the BBC controllers have a bias and do control the agenda of what makes the news and the order and orientation of the presentation", that  the BBC is engaged in "a deliberate attempt to discredit independence".

That, of course, is a familiar issue of considerable relevance to the BBC's present behaviour over Brexit.

Is the BBC being anti-Brexit because of many at the BBC sharing a collective ethos and subconsciously following the corporation mindset (against Brexit)? Or are the BBC controllers actually pursuing an (anti-Brexit) agenda in their choice of news stories and their presentations of those news stories in order to discredit Brexit (as those Westminster parliamentarians in the previous post suspect)?

Or is it a bit of both? (I'm discounting the 'Or neither?' option!)

Those Westminster parliamentarians that David at News-watch has been hearing from are making the claim that some of the top brass at the BBC appear to be deliberately attempting to discredit Brexit. Could this be true?

The bit I missed from that quote from Derek's blog was this:


This idea of conveying the coherence of the UK is now written into the new charter settlement. It means that when there is a threat to the status quo, as there was in the 90s over a Scottish Six [ie. a Scottish BBC One News at Six] the Director General went to the Prime Minister to move jointly against it in case it threatened the Union. Which makes you think about the indyref.

Is something like that also informing the BBC's biased behaviour against Brexit?
Posted by Craig at 14:31