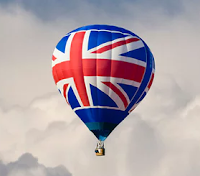 That sense that Radio 4's Today is pushing the anti-Brexit agenda particularly hard is difficult to avoid if you actually listen to it for any length of time.

It began (at 7 am) with Sarah Montague saying:

We'll hear from a Polish Saturday school where pupils have been sharing their fears about xenophobic attacks.

followed by the voice of a child at the school saying:

Then, at 7.13, came a section on the collapse of the EU-Canada trade deal which stressed the negatives for the UK and precious few of the positives. Sarah Montague began:

How can a tiny region block a free trade deal between the EU and Canada? And could a similar thing happen to us?

Well, the bottom line is that Britain could very well find itself in the same position as Canada...

When a trade deal with Britain is negotiated - and that would be some years in the future - it would have to go through this process and the bottom line is that it would be vulnerable to the same kind of problems. So it's possible, you know, where we're talking about Wallonia frustrating the Canadians today, it could in theory be frustrating the British five, seven years down the road.

Then at 7.21 Sanchia Berg visited a Polish Saturday school for 3-17 year olds in London, where Polish parents and children talked about the Brexit vote and xenophobia.

A girl was "stunned" and "shocked" by the Brexit vote. A girl said she was stared at after the vote. Another girl said her parents were worried about racism. A mother said her workmates make jokes about her going home. Another said her Polish friends have gone home because they "don't feel secure", though herself feeling positive. And the final words of the report were: "I'm really worried for what's going to happen for me and my children".

(I spotted quite a lot of Twitter comments complaining that this was Today's daily 'Brexit voters are racists' feature.)

At 7.35 Sarah Montague interviewed (pro-Remain) Leanne Wood about Plaid Cymru and Brexit. Here are the questions put by Sarah. (They aren't exactly the toughest, are they?):

At 8.10 came more on the fall-out from the Canada-EU trade deal being blocked by the Walloons and plenty on UK-EU trade deal prospects.

There was an interview with Roderick Abbott, the former European Commission  Directorate-General for Trade, and Andrew Cahn, former head of UK Trade and Investment [and one-time chief of staff to Neil Kinnock at the EU. among other EU rolls - which Today 'forgot' to mention]. Both were Remain supporters in the referendum (evidence here and here from Mr Abbott and here for Sir Andrew).

Interestingly, Roderick Abbott sounded positive about the UK getting a trade deal with the EU within two years. Sir Andrew, however, was much more negative, putting it (like the BBC's Kevin Connolly earlier) at 5-10 years of very difficult negotiations.

What are the lessons. Roderick Abbott. for the UK from this? Do you think it shows how difficult it is for the UK to get a deal?

The whole experience was like being force fed a single point of view - and, as we were being fed the views of only Remain supporters here, that's surely not an unreasonable (if pretty queasy) feeling to have.
Posted by Craig at 20:50