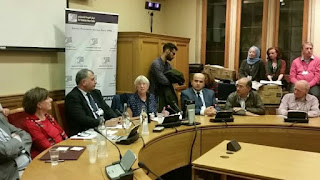 I wonder when the BBC will report the appalling event hosted by Jenny Tonge in the House of Lords yesterday? Only it’s caused a bit of a stir elsewhere.

It has even caught the eye of David Lidington MP.

“Speaking in the Commons, Mr Davies asked Mr Lidington: “May we have a debate on the use to which these premises may be put following reports that outrageously a member of the House of Lords presided over an event at which Israel was compared to Islamic State, and the Jews were even blamed for their own genocide?


“Could we discuss this and also whether we should be issuing an apology for these outrageous comments to the Israeli government and the Jewish people.”

It now seems Dr. Tonge has been suspended by the Liberal Democrats (again?) 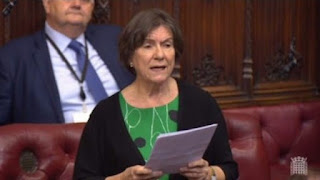 Guido has this:  Libdems suspend Jenny Tonge having only just posted this: Jews blamed for Holocaust at Jenny Tonge event. 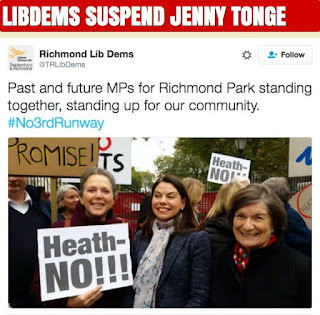 The lady in the centre - Sarah Olney,  a Libdem candidate - was on The Daily Politics today. Not that Andrew Neil said anything about Jenny Tonge's antics.

The Libdems seem to be making quite a habit of suspending Jenny Tonge, but nothing seems to daunt her zeal.

The event itself has been reported widely - anywhere apart from on the BBC. But now she’s been suspended, how can they not?

Even The Times (£) had a prominent report of the event. They called it ‘shameful’. Blogger David Collier was there, as was the survivor of a horrific attack by a couple of deranged Palestinian terrorists  Kay Wilson  (to whom Jenny Tonge tweeted sarcastically “What a lovely reasonable person you seem to be”  See more here.

“Putin’s mouthpiece” RT reported the event too, and a number of vicious antisemites responded btl.


Even though most of the btl responses in papers like the Times are supportive of the Jewish community it’s chilling that so many rabid antisemites are out there and willing to rear their ugly heads. 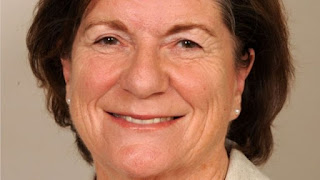 Baroness Tonge said the comments had been a rant that "made no sense" and said she was "irritated" by the row.


Speaking to the BBC, Baroness Tonge blamed the "power of the Israel lobby" and its sway over UK political parties for her suspension.She added: "Is it a cardinal sin to chair a meeting? I made no speeches or pronouncements. I'm extremely sad and frankly just irritated by it all."