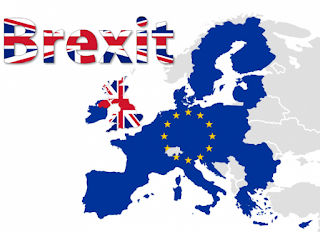 Of course (re the previous post), the BBC will say, 'That's just one edition of Today. Yes, it may appear biased but such things have to be judged over time'.

The first feature to touch on Brexit came at 6.53:

Downing Street has said it is "categorically not" reviewing whether students should be included in net migration figures. Ben Howlett is Conservative MP for Bath.

Mr Howlett was/is a strongly Remain-supporting Conservative MP. He wants more foreign students and doesn't think the figures are too high. That said, the feature wasn't directly Brexit-focused and John Humphrys asked him nothing about Brexit. Mr Howlett merely introduced it himself.

The Prime Minister Theresa May has addressed a council of European Union leaders over dinner at the Brussels summit. The BBC’s Kevin Connolly reports and Manfred Weber is leader of the European People’s Party group.

Kevin Connolly's reports featured the pro-EU/anti-Brexit voices of Donald Tusk, Xavier Bettel (the Luxembourg PM) and Enda Kenny and there then followed an interview with (pro-EU/anti-Brexit) Mr Weber: a critic of British behaviour and of Brexit.

At 7.21 came John Humphrys introducing the next item by saying:

Signs that banks in London will begin to move some of their operations to Frankfurt in the wake of the UK's Brexit vote. Well Dominic, what's happening?

Today's Brexit-bashing business reporter Dominic O'Connell then talked to Hubertus Vaeth, the managing director of Frankfurt Main Finance. "Have you been told by British financial institutions that they might look at moving operations to Frankfurt?", asked Dominic. ('Yes' came the reply). "Some of the Brexit proponents are saying that all this is really a bit 'putting the cart before the horse' and that there will be a deal which allows City institutions access to the Single European Market. Would that be politically acceptable in Germany do you think?", asked Dominic. ('Wishful thinking' came the reply).

Then, in the prime Today spot, at 8.10 came the big interview (prefaced by a clip of Mr Tusk hoping that Britain will change its mind over Brexit). That interview was between Nick Robinson and Lord Jonathan Hill, the UK's former EU commissioner. Nick's lines of questioning can be summarised as follows:
Then at 8.43 came a discussion about 'Mrs May in Brussels' with BBC star reporters Laura K and Katya A, discussing froth like 'Snub?'. 'They think we'll change our minds?' and 'Are the EU seething about us?'

Again, not a single pro-Brexit voice in sight (or sound)!
Posted by Craig at 21:10