Mishal Husain might have endeared herself to a few people today (especially elderly judges) by clearly not knowing how to pronounce Kim Kardashian's surname.

She kept on pronouncing it so that the "-ashian" part of her name sounded like "Asian" (as in headlines like "an Asian gang from Keighley was found guilty today..."): Kim KardAsian.

And talking of people with Asian-sounding names, both the BBC One News at Six and News at Ten yesterday misspelt the surname of UKIP leadership contender Raheem Kassam (of Breitbart London fame): 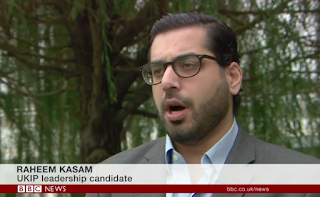 And talking of UKIP, Newsnight promoted their (roaring) roving reporter John Sweeney the other night: 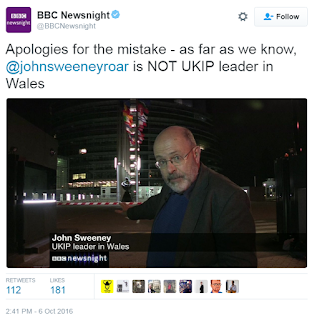