Here's something we posted earlier today...with a substantial update: 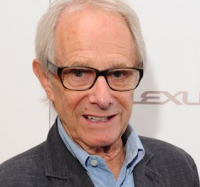 The BBC is very aware of its role in shaping people’s consciousness: this is the story you should hear about, these are the people worth listening to. It’s manipulative and deeply political.

Many of us might say 'Well said!' to that.

Who said it though? Well, it was a director who the Guardian says "has had a long and fruitful relationship with the BBC" and whose latest film (which he's presently promoting) was "made in partnership with BBC Films".

(The BBC surely already does more than enough "socially conscious" TV drama of their kind?).

Well, that's how the Guardian tells it, making it mainly about him criticising the BBC.

The BBC News website also has a report on Mr Loach' comments in the Radio Times and it has a different take to the Guardian's (to put it mildly!). The BBC News account makes it sound as if Mr Loach is mainly criticising ITV (over Downton Abbey) and broadcasters in general rather than launching an onslaught against the BBC in particular.

If you have a spare few minutes, please just read the Guardian report and the BBC report side by side. They are shockingly different in where they suggest Ken Loach is laying the blame...

...and the BBC article fails to quote what I quoted at the top of this post (taken from the Guardian report) about the BBC's manipulative, political agenda.

Well, I've got a copy of The Radio Times and its headline is "At 80, Ken Loach is still the angry young man of cinema...and he's gunning for the BBC".

And when you read the Radio Times interview it becomes clear that the Guardian version is the correct one and that the BBC website article's version is simply a ludicrous whitewash (one so extreme it might almost make Shami blush). Red Ken really is mainly gunning for the BBC in that interview.


[He] said there was a need to “democratise” the corporation. “Diversify it so that different regions can make their own dramas. And its notion of news has got to be challenged,” he told the Radio Times.


The filmmaker also said broadcasters should "diversify" so regions could create their own drama...


So what should be done with the BBC? "Democratise it. Diversify it so that different regions can make their own dramas."

The BBC News website certainly hasn't reported this in an impartial or accurate manner. It's remarkably, blatantly biased reporting.
Posted by Craig at 09:58