You can’t say those things in our country 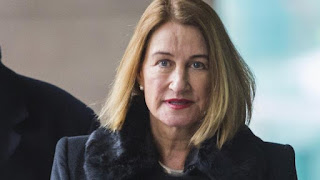 Although she sounds like a complete bitch, the way the BBC reported Andrew Norfolk’s piece about Dame Lowell Goddard in The Times (£) struck a discordant note this morning.

“Whitehall officials close to Theresa May were accused last night of covering up allegations of misconduct, including racist remarks, made against the judge in charge of Britain’s biggest public inquiry.”

announced John Humphrys in the tone of voice one might hear between neighbours exchanging tittle-tattle over the garden fence. (Les Dawson comes to mind.)

“Home Office staff and advisers received warnings about Dame Lowell Goddard’s offensive behaviour in her role as chairwoman of the Independent Inquiry into Child Sexual Abuse (IICSA) but did not end her “catastrophic” leadership.”

Fair enough. We’ve heard quite a lot about her abrasiveness already. Here come the ‘racist remarks’:

Hmm. Sounds more like a statement of the bleeding obvious than actual racism to me, but in a world gawn mad, stating the bleeding obvious IS considered racism.
It’s almost as though the powers that be (for want of a better term) are still sticking their heads in the sand to avoid reality despite those real cases of ‘covering up’ where ‘Asian’ grooming gangs were concerned.

Deep reverence for the royal family! And with that incriminating evidence, her fate was sealed.


“It is understood that the judge — who denies all the allegations against her — was eventually warned by a senior official about her frequent use of racially derogatory language. She is said to have been told that “you can’t say those things in our country”. “