Two reports have appeared on the BBC News website overnight - How do you verify the age of child asylum seekers? and Dentists condemn call for child migrants' teeth to be tested - concerning the widespread perception that many of the 'children' brought into Britain from Calais earlier this week were fully-grown adults.

There is little doubt about where the BBC journalists behind either of these reports stands on the issue. 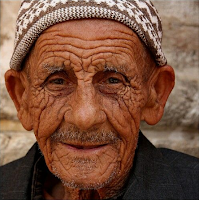 Update (afternoon): The Dentists condemn call for child migrants' teeth to be tested report has been updated to give more of a balance of voices. It has also been opened to comments and, as at the Daily Mail, the public aren't buying that these people are children. Here are the top 5 comments:

Further update: The BBC appears to have heard the criticisms. Today's BBC One's News at One showed some of the photos of the oldest-looking 'children' (unpixelated) and said that some people were concerned that they weren't children. Also, the French authorities were quoted saying they hadn't really checked the migrants' ages, and the report ended by saying, "On both sides of the Channel officials know maintaining public confidence is vital".
Posted by Craig at 07:11