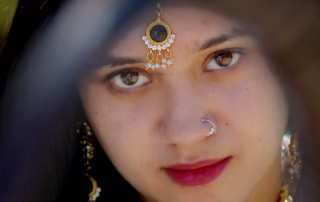 One of the problems of being a blogger on a subject like this is that it fill up too much of what little spare time you have and, as a result, you miss BBC programmes you might have actually enjoyed.

On my recent poetry-buying splurge, I bought a £3 'Collected Poems of Rudyard Kipling' and have rather let it stand on my shelves, not liking the look of his verse at first glance. This documentary, however, looking at the youthful Rudyard Kipling's reporting career in India, and his time exploring the racing, racy heart of Lahore and the far-less-racing but still surprisingly racy summer capital of the British Raj, Simla (now Shimla), made me start reading and begin at the beginning (of that book) with Kipling's Departmental Ditties - deeply ironic poems about the less uplifting side of the British Raj's ruling class closely comparable to the short stories of Tales from the Hills which were the main focus of Mr Hennessey's fine film. I'm now quite smitten with them.

Now, putting my 'BBC bias blogger' hat back on, I can guess why this passionate defence of Rudyard Kipling (that 'racist, white supremacist, fascist, British imperialist propagandist') got the BBC's nod of approval, despite it being a programme about Kipling.

It presented the young Rudyard as a drug-taking, multicultural-minded rebel - a journalist outsider who sided with the underdog, loved the true India (and, now, Pakistan), and socked it to sex-obsessed, corrupt incompetents who ran the British Raj - those "little tin gods" in their mountain hideaway. This was Kipling the Raj-bashing subversive, almost Kipling the anti-imperialist, eventually sent packing by the Raj authorities - a sort of prototype BBC journalist, maybe.

The film - beautifully-filmed, featuring some excellent experts - also showed the people of Lahore begging Patrick Hennessey to film a Sufi rite that would show "the real Pakistan", not "the Pakistan of terrorism" - a friendly, kindly, attractive Pakistan. (That would doubtless appeal to the BBC too).

Patrick Hennessey's walk through Lahore was particularly unnerving to watch. The feeling of danger - a Western man walking through the wildest streets - was palpable. An armed policeman appeared and soon attached himself to the BBC crew to protect them. But those Sufi-dance-loving citizens of Lahore were undoubtedly welcoming and undoubtedly totally sincere in their desire to show Mr Hennessey that there's so much more to Pakistan than Islamist terrorism and corruption - and I think they succeeded in showing that (not that I'll ever be going to either their festival or their country).

Another interesting moment came when Patrick talked to a couple of elderly Pakistani generals (one of whom looked like John Laurie from Dads Army). Patrick raised the 'Kipling is a racist, imperialist' line with them and they were incredulous. No, they protested, absolutely not. Kipling understood us. They were very fond of Rudyard Kipling.

All of which calls for a Kipling ditty, albeit a more 'romantic' one:

Though tangled and twisted the course of true love
This ditty explains,
No tangle's so tangled it cannot improve
If the Lover has brains.

Ere the steamer bore him Eastward, Sleary was engaged to marry
An attractive girl at Tunbridge, whom he called "my little Carrie."
Sleary's pay was very modest; Sleary was the other way.
Who can cook a two-plate dinner on eight poor rupees a day?

Long he pondered o'er the question in his scantly furnished quarters --
Then proposed to Minnie Boffkin, eldest of Judge Boffkin's daughters.
Certainly an impecunious Subaltern was not a catch,
But the Boffkins knew that Minnie mightn't make another match.

So they recognised the business and, to feed and clothe the bride,
Got him made a Something Something somewhere on the Bombay side.
Anyhow, the billet carried pay enough for him to marry --
As the artless Sleary put it: -- "Just the thing for me and Carrie."

Did he, therefore, jilt Miss Boffkin -- impulse of a baser mind?
No! He started epileptic fits of an appalling kind.
[Of his modus operandi only this much I could gather: --
"Pears's shaving sticks will give you little taste and lots of lather."]

Frequently in public places his affliction used to smite
Sleary with distressing vigour -- always in the Boffkins' sight.
Ere a week was over Minnie weepingly returned his ring,
Told him his "unhappy weakness" stopped all thought of marrying.