Another own goal for the BBC

Guido Fawkes adds another one to the collection... 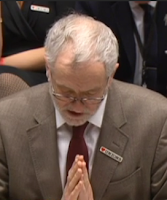 I have a question on housing. I've got an email from Rosie. She's in her 20s and she says: "I work incredibly hard at my job yet I'm still having to live at home with my parents." The lack of housing options, Mr Speaker, are forcing her to consider moving, even leaving the country. She asks the Prime Minister what action he's going to take to help young people and families suffering from unrealistic house prices and uncapped rents to get somewhere safe and secure to live.

'Rosie' herself later took to Facebook to give her response: 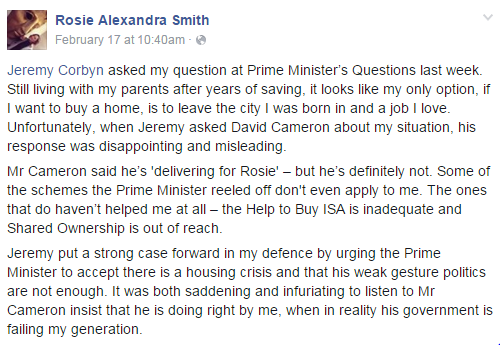 Where I work staff are regularly warned that what we put on Facebook must not bring any discredit to our company. We can be disciplined, even dismissed, for serious breaches.

The place where Rosie works - the BBC -

1. Personal social media use
(d) You shouldn't state your political preferences or say anything that compromises your
impartiality. Don't sound off about things in an openly partisan way. Don't be seduced by the informality of social media into bringing the BBC into disrepute.

...and yet, having emailed Mr Corbyn, she then went onto Facebook and sounded off.

If you go public on Facebook, having already engaged in a high-profile partisan political gesture, you run the risk of being exposed by the myriad eyes of zealous partisans across the internet...

...and it's doubly risky for you to do if you're supposed to be an impartial BBC editorial assistant but are behaving like a zealous partisan yourself!

The highest-rated comment at Order Order noticed something else too: