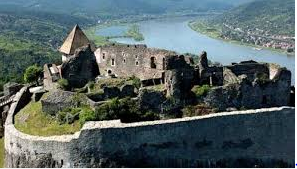 If you were wondering what's happened to Nick Thorpe - the BBC Central Europe correspondent whose barely concealed disdain for the Hungarian government's attempts to keep out migrants last year left him open to repeated charges of bias - well, he's still there, doing his thing.

Here's a reminder of just some of his greatest hits (sources here):

This whole refugee crisis sometimes seems to me like a football match. Rich Nations of Europe 2: Wretched of the Earth 3.

At first light, a Syrian man in a suit stained dark with sweat, still wearing his tie, swung down the railway track towards me on his crutches. And who are you? I asked wearily, like so many Europeans. "I am, Sir, a sovereign man," he replied. Among so many sovereign nations, it was a relief to meet a sovereign man.

This has been a pyrrhic victory for the Hungarian government. The economic costs are high. Its good name is in tatters.

Parallel to that, there is a hostility among some Hungarians to them. The government publicity has not helped that. I think it's whipped up a certain degree of xenophobia here.

In these Hungarian stations you can witness the best and the worst sides of the Hungarian reaction to this crisis. Many stories of the indifference or even the hostility of the authorities, but also a remarkable outpouring of generosity from the Hungarian public.

His From Our Own Correspondent today discussed the growing clout of the Visegrad group (Hungary, Poland, the Czech Republic and Slovakia).

He told us that they came into being some 25 years ago, after the fall of Communism, to help each other to get into the European Union, but they quickly stopped working for each other and started working for themselves.

Recently, however, Nick continued, the group has found "a common purpose":

Strangely though it's a negative one: to keep the migrants out of Europe.

"Negative" is such a negative word, isn't it? Some might feel that what the Visegrad group are trying to achieve is actually positive.

Obviously not Nick Thorpe, who then put on something of a silly voice when quoting the words "will dilute Christian Europe".

They've also issued an ultimatum. If the Merkel plan isn't working by mid-March they will join forces with Macedonia and Bulgaria to shore up Europe's defences on their own, sending Hungarian razor wire and police and soldiers to defend a wall as tough as the Israelis have built in the occupied West Bank.

And on he went, quoting a leftist Belgian academic (Jean-Michel de Waele) saying that the Visegrad group are "dripping with visceral xenophobia".

He then recounted an anecdote.

He'd met some "weary migrants" from the Democratic Republic of Congo last year near one of Hungarian's "archetypal" fences. He's still in touch with several, he informed us. They all have hard luck stories. One has been sleeping rough in Paris with a pregnant wife whose name - Nick also informed us - means 'peace' in Arabic. He asked them how they are doing. "We're clinging on", they tell him.

"Like birds on the cliffs at Visegrad", he remarked, concluding his piece poetically.

There really is no impartiality like 'BBC impartiality', is there?
Posted by Craig at 15:40