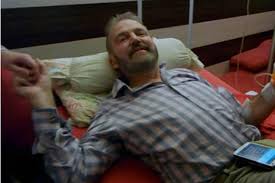 If Twitter is anything to go by (and it usually isn't), there's a 'trending' petition complaining about the BBC's 'pro-assisted-suicide bias' following Thursday's major one-and-a-half-hour documentary BBC Two How to Die: Simon's Choice (which - disclaimer! - I've not yet seen).

Anti-euthanasia campaigners are furious at the BBC for, as they see it, campaigning for assisted suicide.

They say that there have been six such major documentaries (sympathetic towards assisted euthanasia) in the past few years but next-to-none exploring the alternatives.

The comments below articles about this at the likes of the Mail and the Telegraph show that - as opinion polls also keep showing - an overwhelming majority of the British public incline towards or fervently support assisted dying, so the BBC isn't offending most of its viewers here.

Whether that makes a succession of (allegedly) sympathetic programmes about euthanasia 'right'. impartiality-wise, is another question entirely.

I'm as pro-assisted dying as the next (British) man, but I keep noting these major documentaries apparently supporting my position on the BBC and I don't doubt that there is a bias on this, towards my side of the argument.

Should there be, given the BBC's statute-driven guidelines?

Radio 4's The Media Show featured a discussion about this very subject.

First up, Steve Hewlett (BBC presenter, Guardian journalist) interviewed the programme's producer/director Rowan Deacon who, I have to say, did a very good job of casting the documentary in a completely-non-agenda-driven light. She sounded very plausible. (Please listen to her yourself if you're doubtful).

Steve wasn't exactly tough on her though.

Then came a double interview with a campaigner for Care Not Killing and a BBC editor.

Here, to be fair, Steve Hewlett did give the BBC man the tougher time, pressing him on the question of those six major documentaries and asking him to cite counterbalancing documentaries; but, to be equally fair, the Guardian/BBC man also 'replied to/countered' some of the anti-euthanasia campaigner's point himself.

The bias here wasn't egregious though I wouldn't say it was anything approaching being entirely absent.

The same episode of The Media Show, incidentally. featured more on the scrap between (to put it crudely) the Hacked Off Brigade and the non-Guardian/non-BBC press.

Sir Alan Moses, the head of the Independent Press Standards Organisation, which Hacked Off types see as a patsy of the press barons, got into quite a (largely good-natured) scrap with Steve Hewlett of the BBC/Guardian, describing Steve's introduction to his interview as "tendentious".

And then, after Sir Alan, had somethinged off (or words to that effect), Steve interviewed the Guardian's Jane Martinson.

As admirable as Steve Hewlett can be, Guardian-on-Guardian interviews like this don't ever fill me with confidence.
Posted by Craig at 23:08