"Oddly partisan" for a Dimbleby? 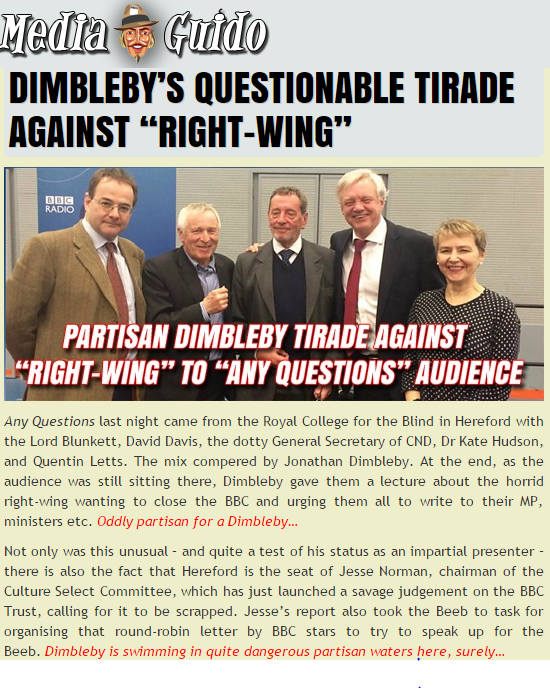 (Wonder if there's a recording of it?)

It was only last year that the BBC gave Jonathan Dimbleby a rare telling-off for committing "a serious breach of the Editorial Guidelines" after plugging his own charity on Today.

Is another such telling-off on the cards?

P.S. As Sue reminds me, the Any Questions presenter doesn't seem particularly impressed by those (rare) BBC Trust rulings against the likes of him.

He dismissed the BBC's ruling against Jeremy Bowen a few years back as a case of 'mice roaring'.
Posted by Craig at 15:12