I forgot the name of a disturbing programme I watched the other day on Channel four. It was about ‘migrants’ so, to remind myself I Googled ‘Immigrants + Channel 4’.
Up came “Immigrants Street”, which was sister production to the entertaining and controversial  series, ‘Benefits Street’.

Last February’s ‘Immigrants Street’ had been set in Derby Street, Southampton, and the project  had, apparently, caused quite a stir when locals and residents, not wishing to be ridiculed, pelted the TV crew with eggs, and sent them packing. Instead of the intended series, it was shown as a one-off.

Perhaps because of this ignominious retreat the production team (the same one) thought they’d disguise themselves and hide behind a title which didn’t include the word “street”. That’ll fool them.
So they decided to call it “Keeping up with the Khans” a subtle combo of Kardashian and (Citizen) Khan.

The episode I saw seemed somehow different from the one reviewed in the Telegraph and the Guardian.
The reviewers did mention the cunningly misleading title, but for some reason they saw a genuine depiction of immigrants, asylum seekers and the indigenous population of Page Hall, Sheffield, (The Telegraph had the strap-line “A surprisingly touching snapshot of immigrant life. Four stars out of five) whereas I saw a creaking, clunking cartoon-like agenda-driven parody with comedy overtones. A kind of Fast Show, or “Harry and Paul” without Harry or Paul.

The only review that made a little sense was in the New Statesman.
“Let down by its own lack of curiosity” said Rachel Cooke, the critic.

“playing as they do on the prejudices of both left and right. When, for instance, a pasty-faced man called Bert spoke in the first episode about immigrants’ “easy lives” from the low-slung seat of his shiny mobility scooter, I took against him instantly.”

That’s what I mean. Everyone watching will have taken a strong dislike to the indigenous spokespersons, which the programme makers very well knew. That’s why they featured them. Obese, smoking, speaking from mobility scooters; without a trace of self-awareness they denounced immigrants and asylum seekers as scroungers.

Obviously, the programme makers had found one particular immigrant who was no such thing.
Omar from Sudan was industrious, clean-living, ambitious, eager to work and full of the joys of Sheffield. An endearing character for sure, with a reasonably fluent command of  English, a sad back-story and a huge smile. No sooner had his papers popped through the letterbox than he’d landed himself a job. 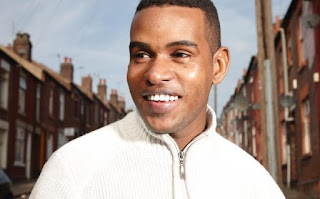 The contrast between the indigenous Brits and the industrious immigrant was not just hinted at. It was laid on with a trowel.

Channel 4 is telling us to see the error of our bigoted ways. We must embrace the immigrants, despite the fact that ISIS are boasting that several hundred of their best terrorists have infiltrated the country amongst the refugees.
“Come one, come all” emoted “Love Productions” through a megaphone.

God help us. If the white working class is really as unprepossessing, work-shy and ignorant as depicted, and if migrants are as enthusiastic, aspirational and well disposed to  Britain as portrayed, do please et ‘em come.

Labels: Channel 4, immigration, Keeping up with the Khans