Radicalisation "in a positive sense"

hobbyhorse noun
a ​subject that someone often ​talks about, usually for a ​long ​time
e.g. Don't ​mention ​Ed Stourton or Craig'll get on his hobbyhorse again.

When I first studied Sunday in preparation for the launch of our little blog I noticed the near absence (over the nearly-two-year period I was monitoring) of Sikhs, Hindus, Buddhists and Evangelical Christians.

Then, soon after this blog began, one of the UK's best-known Evangelical Christians, Steve Chalke, began appearing on the programme, being invited on in January 2013, following his change of heart over gay marriage.  (Having opposed it, he now supported it and had written an article to that effect, which Sunday had picked up on.)

He also appeared in February 2014 backing a feminist campaign to criminalise men who pay for sex; was interviewed in March 2014 as part of his campaign to force the government to legislate against companies that don't do enough to stop human trafficking; and returned in August 2014 to mark the launch of his "Big Bible Debate" on social media which he hoped would help overcome "prejudice and oppression" and be a "tool for liberation".

Sunday had him back on this morning to promote his new book Radical and to talk about terrorism.

That's a familiar message on the BBC, isn't it (albeit not usually expressed quite in those terms)?

And here comes an even more familiar one: Steve Chalke believes that we also need to stop focusing on Islamic extremism... 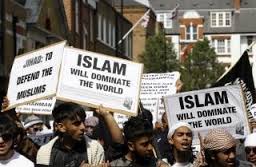 ...at which William Crawley quite properly suggested that many listeners might wonder where he's been for the last few years!

Steve said: But what about Christian extremists? "Christian extremism is alive and well" in Europe and America, he said. The Ku Klux Klan is on the rise again. There's been a "xenophobic" response in Europe to migrants, he added.

"That's all to do with media coverage, isn't it?" Steve replied.

And what about Anders Breivik? He was a Lutheran, "driven by a far-right Christian attitude", he continued.

Zealots we've had since Biblical times, and terrorism too. So we've got to stop and think and come up with "great" ideas,  said Steve - like Steve's own Inspire project (which Steve himself duly mentioned).

And you can find out more about those ideas by looking up Steve's Inspire project online, said William, echoing the Inspire man as the interview closed.

I'd have hoped that William Crawley might have probed some of Steve Chalke's claims there a bit more, maybe putting to him questions of this kind:
Sunday obviously knew what messages Steve Chalke wanted to send today. And send them he did, with their help.
Posted by Craig at 15:24