"What's your Christian case for staying in Europe?" 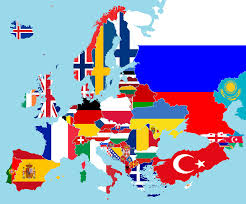 Obviously, that's an even-handed selection of guests and, to do him justice, Edward Stourton handled their political-theological discussion fairly.

My one criticism here is that Ed did that thing that pro-Leave people find so infuriating - and he did it in a question to his pro-Remain guest:

Michael Sadgrove, what's your Christian case for staying in Europe?

As Adrian Hilton later pointed out, no one wants to leave "Europe"; they simply want to leave the European Union.
Posted by Craig at 10:52