From Fact to Propaganda (again)

What has BBC Radio 4 got in store for us this week on From Fact to Fiction, following Shami's pro-migrant piece of agitprop last week?

Given that the three previous episodes, as I showed few days ago, were also full of left-wing messages (on Donald Trump, the migrant crisis and David Bowie!), this seemed to show a strong pro-left bias on the programme's part. So you might expect something to balance that this week? (Well, you might if you didn't already know the BBC too well!)

This week's episode is: 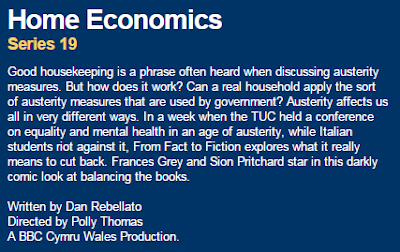 Its author, Dan Rebellato, is jokily advertising it on Twitter:

...and it could well be pretty funny as his website contains the following introduction, which certainly made me laugh: 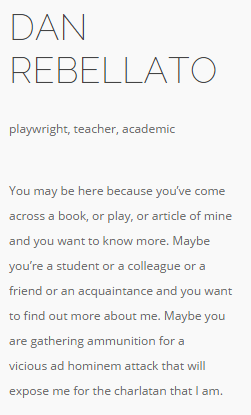 As if anyone (especially a blogger!) would ever think of going to someone's webiste to 'gather ammunition for a vicious ad hominem attack'!! No, no, no, that never happens!

No, I actually learned from Dan's Twitter feed that he really is an out-and-out lefty. (So there!)

I also learned that he's got something of a Trump obsession. (He's not a fan though).

So, I'm expecting a darkly comical, point-making, anti-austerity From Fact to Fiction from Dan Rebellato...

...making that 5 out of 5 left-biased episodes of From Fact to Propaganda in a row (the entire series so far).