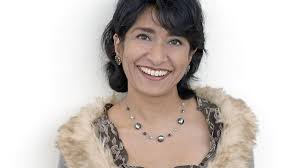 This Thursday's The World Tonight on Radio 4 discussed the EU and the migrant crisis.

Its starting point was a "withering assessment" of the debate in Europe about migration from François Crépeau, United Nations Special Rapporteur on the human rights of migrants.

Razia Iqbal duly interviewed him, and he made the kind of points you would expect a left-liberal Canadian human rights lawyer to make. For example, he both denounced voters "who have no idea what it's like to be migrants" and the politicians who pander to them, and he thinks we can cope with the migrants because Europe has enough jobs for them.

The BBC's Razia mostly fed him questions that boosted his position, such as:

Do you feel fundamentally that this is a moral issue? That there is somehow a breaking down of morality in the way in which we are viewing the whole crisis that's posed by migration?

...and even more strikingly, the following statement:

The crisis that's been prompted by the sheer numbers of migrants who are travelling across Europe has also done something else. It's shifted the language and the way in which we speak about what are essentially other human beings. I wonder if you can just say what you think about what's happened in the way we talk about migrants?

As you can guess, Mr Crépeau agreed that the language has been problematic - especially the way it "masses" people together.

After first giving him this platform and then supporting him through her questioning, this didn't strike me as impartial broadcasting.

And it got worse.

That is hardly a balanced panel, is it? A very pro-EU French MEP, a pro-EU think tanker and the former Brussels correspondent of the pro-EU Financial Times.

The panel agreed that the British EU debate is a relatively minor matter. Pro-Brexit supporters were accused of conflating migrants and refugees. Charles Grant and Quentin Peel felt that a concerted EU plan was needed - and the latter felt one that Angela Merkel is presently pushing could help (if countries like Austria played ball). Sylvie Goulard praised "the moral dimension" of Germany's actions over migration. Given things like climate change, she added, we (the EU) need a long-term strategy. And she thinks the UK should be offering to help more with migrants and refugees.

And at that point the discussion ended.

Hardly impartial either, was it?

Jan Egeland of the Norwegian Refugee Council was on to discuss the Syrian crisis, this section introduced by Razia Iqbal with the words:

Now, we know that among the greatest of push factors in the migration crisis in Europe is what's happening in Syria.

There was also a report on Bosnia's application to join the EU from Guy De Launey that ended with these thoughts from the BBC reporter:

But while the EU might take years just approving Bosnia's candidacy perhaps those in Brussels are also gaining reassurance. For some countries at least their bloc still retains the aura of Utopia.

And the final item on the programme was an admiring interview with a couple of students from the Royal College of Art who have designed a 'refugee coat', which can be turned into a sleeping bag and tent for an adult and a child. It will help them "remain anonymous". Razia tried it on herself but worried if it will really help refugees cope with the "harsh conditions they face" on boats crossing the sea, and the -10 degree temperatures "they are facing" in the Balkans.

Are you sensing some messages here from The World Tonight?
Posted by Craig at 14:02