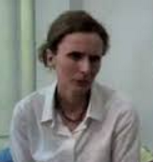 I may be wrong but, alongside my belief that the BBC has serious issues of bias regarding the EU, Israel, immigration, Islam, social conservatism (and so on), I strongly suspect it of also betraying a number of other biases - though I may be on shakier ground with them.

Today's From Our Own Correspondent consisted of five items.

The first (which was quite interesting) discussed caste tensions in India and the dilemma this is now posing for Mr Modi.

The second looked at the growing unpopularity of President Sisi in Egypt, with Orla Guerin grimly sounding his death-knell.

The third described an encounter between a Trump supporter and a Muslim refugee from Iraq, in which the latter's description of his experiences transformed the perspective of the former (in the BBC reporter's description).

The fourth described a far less friendly encounter between the BBC's Moscow correspondent and a pro-Kremlin journalist, which - in the BBC man's telling - made the pro-Kremlin media sound very dishonest and propagandist.

And the fifth - the 'and finally' piece - looked at how people welcome each other at Cuban airports.

All in all, this felt like pretty standard BBC stuff to me and reeked somewhat of bias.

Why? Well, rightly or wrongly, I think that the BBC has anti-Modi, anti-Sisi, anti-Trump and anti-Putin biases too.

And I suspect that many at the BBC aren't unsympathetic towards Cuba (and, thus, more inclined to give it the 'and finally' treatment rather than the 'evil human rights abusers' treatment).

And I think that all of the above can easily be fitted into a general (soggy left-liberal) world-view which I believe the BBC to hold, institutionally-speaking.

What I haven't got is lots of killer evidence to back up any of these beliefs, and there could be some confirmation bias on my part at play here, couldn't there?

It's just that I listen to a lot of BBC reporting and I think I know what I've heard. And certain trends appear to be real. (The anti-Trump trend is almost certainly real!)

Maybe I need to do more research.

Here endeth the ramble.
Posted by Craig at 15:47

Labels: 'From Our Own Correspondent'