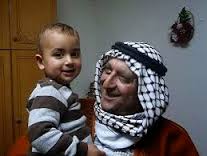 Hat tips to those of our readers who have been listening to Hugh Sykes's reports from India this week on The World at One and PM. You compelled me to listen to them too. (I would have missed them otherwise).

Listening to all of them confirms me in my feeling that Hugh has a wonderful way with words and sounds. He is the consummate BBC reporter when it comes to evoking a place.

This week he's been reporting from the largest city in the Indian state of Gujarat - Ahmedabad.

His four pieces have covered (1) the Modi-inspired economic development of Ahmedabad, (2) complaints that the Modi-led BJP is attacking Muslims, (3) a Hindu business providing Halal-related products to Muslims and Hindus, and (4) a piece on gender-related abortions (and the resulting sex imbalance in India).

I was somewhat surprised at how positively Hugh reported the Modi-inspired modernisation of Ahmedabad.

I wasn't remotely surprised, however, at how negatively Hugh reported the Modi government's attitude towards Muslims and how much he promoted Muslim grievances here. (That's par for the course at the BBC).

Nor was I surprised at how positively Hugh reported the Hindu halal shop. (That's par for the course at the BBC too). This is Hugh's kind of thing. The word "harmony" was used here. It's a word Hugh likes. (Remember his 'multicultural choir' in Turkey?)

The piece on the aborting of female foetuses wasn't surprising either. For different reasons.

Having never been to Ahmedabad, I don't know much about the city. But our friends on the internet say that only around 18% of its population are Muslim, and yet 50% of Hugh's pieces focused on the concerns of Muslims.

Isn't that disproportionate?
Posted by Craig at 21:47