The good, the bad and the ugly

I think BBC Four is definitely the best TV channel around, but having steered clear of the bulk of BBC1’s dramas, soaps and other flim-flam, I surprised myself by accidentally enjoying Happy Valley. It was so realistically acted that one could almost suspend disbelief at the plot(s) with multiple misery and mayhem, blood and guts and alcoholism.
I understand that I’m not the only one who couldn’t grasp every single syllable. It’s that ubiquitous breathy, sigh-speak that’s so incomprehensible, specially when delivered at  breakneck speed in an accent to which one’s ears are not attuned.

No problem with dialogue in Trapped, BBC Four’s 12-part drama, in which the weather plays the starring role.  It’s the subtitles, stupid.
Great fun discussing the story with one’s nearest and dearest, apres ski, so to speak. “What do you think he meant? Who could have known that? Why didn’t she go home”?
The biggest challenge is the characters’ names as the spelling and pronunciation bear no apparent relation to each other and the letters look like random Scrabble tiles.
With all these dark Scandi thrillers one thing you do know. The villain is never the black or immigrant guy. You can rule them out. They always include one or two as a suspect, so you can beat yourself up later for having had those racist suspicions. Nevertheless, it’s quality escapism.

I enjoyed the programme about the CPS, also on BBC Four. Having been peripherally involved in a comparatively trivial but complex court case (fraud) which involved an interminable amount of preparatory research, I thought this film was informative and well constructed. It tackled each case fairly, and managed to convey sincere sympathy with the bereaved mother, while avoiding the mawkish “how does that make you feel” line of questioning.

It was interesting to hear William Shawcross of the charities commission talking to Humph this morning. For a second there I almost thought they were going to discuss this: 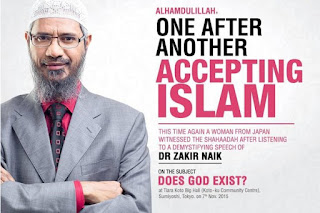 A British charity that raises money for a Dubai-based Muslim missionary TV channel faces a fine as high as £250,000 ($347,000) over broadcasts According to The Times of London, the Islamic Research Foundation International, based in Birmingham and indirectly funded by UK tax breaks, has given most of its charitable income in the past two years to Peace TV.

But no. It wasn’t even about charities pestering vulnerable previous benefactors with phone calls. It was only about ageUK, which has been in trouble for misleading oldies with some dodgy dealings with energy suppliers. Not very ethical, I know, but doesn’t ‘buyer beware’ apply to people over a certain age or what? It’s just that if you’re going to flag up one charity-related transgression, why not go the whole hog and bring in the rest of them?

At the moment the complaints about the BBC’s pro-EU tendency seem to have touched a raw nerve. I don’t know if the fact that Julia Hartley-Brewer, (the author of a pithy piece in the Telegraph about BBC bias) was on the QT panel, but David Dimbleby made a point of mentioning being seen to be even-handed and unbiased in his introduction to that strange edition of the programme last week.

The precocious 16 year old seems to have made such an internet hit - (went viral, she did) that everyone overlooked Julia H-B’s robust defence of Brexit, Diane Abbott’s ridiculous eye-rolling and absurd hairstyle, not to mention Giles Fraser.

A more long-term issue surrounds the BBC’s anti-Israel stance. I say stance, but it increasingly verges on outright activism. The repercussions are everywhere, not least within the actual PM.
So David Cameron was lured into making a throwaway, almost casually pejorative remark about Israel, by one of the Muslim MPs whose antisemitic tendencies are being constantly reinforced by the BBC’s increasingly overt anti-Israel activism.  “Does the Prime Minister agree with me..” goes the question....
I daresay David Cameron hasn’t read any of it, (smiley face) but I’ve written quite a lot about CAABU’s Zionist-bashing propagandistic intent, but I do wish he would apply some essential ‘buyer beware’ to the unreliably sourced issues the new  batch of Muslim MPs invite him to agree with them about. Or is David Cameron getting too confused to make up his own mind?

A whole cluster of really ill-informed Israel-bashing stuff has been getting through recently. Ken Loach managed to slip a barrage of unverified anti-Israel slander past Ritula Shah the other evening on The World Tonight. Ritula Shah was ill-equipped to challenge any of it, and what’s more, she probably had neither the will nor the way.

After all anyone can submit a complaint. “Does the BBC agree with me” for example,  “that filthy, brutal, Islamophobic, apartheid entities should never be given the oxygen of publicity” and, if one were minded to, one could count that as a valid antidote to the actual truth.
Posted by sue at 15:40