David (in the comments section of the previous post) has grabbed the embed code for a truly intriguing tweet: 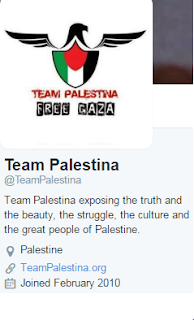 They have a remarkably busy Twitter feed which has been going since 2010 and which has already pumped out 135,000+ tweets, all promoting the Palestinian cause and denouncing Israel.

What on earth does that mean?


P.S. It's not the first time this has happened:

It could, come to think of it, simply mean that that day's 'Daily News' cited a BBC piece by Jon Donnison - though given that JonDon hasn't been on reporting duties in Gaza since 2014 what exactly would they be citing? His tweets?
Posted by Craig at 22:18