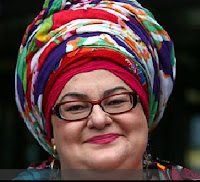 Camila Batmanghelidjh’s attempt to rehabilitate her public image is clearly hurtling along the road to nowhere.
Jenni Murray’s interview with the beleaguered ex-director of Kids Co. on radio 4 showed that the media is never going to cooperate with that exercise; also, that particular interview will certainly further cement the audience’s negative view of the matter, as confirmed by the emails Jenni read out at the end.

The BBC has decided that we’re supposed to sneer at the concept of huggin’ a hoodie - “end of”.   Their alternative proposal appears to be that we should abandon damaged, criminalised youth to our failing prison service.

I wonder how Jenni would deal with the criminal activities of gangs of feral youths, the product of parental emotional and physical neglect. Bang ‘em up, I think was her suggestion.
I don’t know enough about Camila Batmanghelidjh as an individual to defend her methods and I’m not qualified to judge the way she (mis)managed Kids Co., but I believe a lot more rationality, substance and forward thinking underpin Camila’s principles than Jenni’s.

It might seem like a bloody nuisance that humans can’t get up and walk off the minute they’re born. They’re dependent on being fed, loved and protected, dammit. When human infants are deprived of emotional as well as physical nourishment the prefrontal cortex shows physiological developmental changes.

Is bangin’  ‘em up the answer, do you think? Or will it perpetuate it for ever and ever in a hellish generational spiral of pass the parcel.

Camila was trying to do what the state should be trying to do. She was attempting to be a one-woman social service, a massive over-reach that was never going to work. However in my opinion the lessons we should learn are not the ones the media is trying to push.

I’d love to hear state-employed social workers, probation officers, youth-offending experts (if such professions exist) thrashing the whole thing out with Camila and the appropriate government department. At least they could describe the problems they have to deal with and explore best practice.
Jenni Murray and the BBC specialise in clouding the issue. Their particular expertise lies in vilifying the individual they’ve decided to vilify.

*******
I was going to post the above, but then I began to wonder if I’d constructed a straw man out of Jenni Murray. Perhaps she was only playing devil’s advocate and perhaps she did in fact understand a little more about child psychology than it at first appeared.

Oddly enough, I just picked up Saturday’s Times (£) which features a particularly relevant article under the heading (Saturday Interview) “Best place for a young offender? In a school that Offers a proper education" 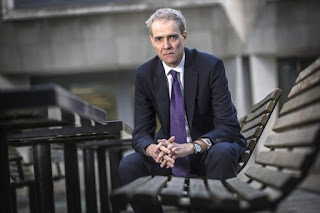 It’s an interview with Charlie Taylor, an Old Etonian who spent six years as headteacher of the Willows special primary school for children with behavioural problems in Hillingdon, and later took responsibility for a secondary school as well, where he faced an even bigger challenge.

Like Camila, one of his schools’ major expenses was replacing windows. These children  seem to get pleasure out of driving their fists through glass.

Education Secretary Michael Gove was so impressed with Mr Taylor that he appointed him as the government’s education tsar and then chief executive of the national College of teaching and Leadership.

“When Mr. Gove moved to the Ministry of Justice he was horrified to find that two thirds of young offenders committed another crime within a year of release and asked Mr Taylor to conduct a review of the youth justice system”

Before dismissing Camila Batmanghelidjh, have a butchers at Charlie Taylor’s approach to children with behavioural problems and note the similarities. Although Charlie Taylor advocates a stricter, more traditional  form of discipline that Kids Company did, both methodologies aim to provide structure and security where it was absent.
So I would like to nominate Charlie Taylor to take part in the discussion group I mentioned earlier, and I would like to hope that his toff’s accent would provide some sort of counterbalance to Camila’s irritating pronunciation of the word ‘children’.

*******
Oh yes, and before I don my protective helmet, Nick Robinson (last item on the Today programme) brought up something that caught my attention.


“Now let’s move on to physics. Now we know, Einstein was right about the existence of gravitational waves as well as so much else of course, but are there any  other big, old, scientific theories that are simply waiting to be proven?
What is the next big thing that is going to excite us? The woman who knows is Helen Czerski* (*Today’s running order not up on website so had to Google and guess) a physicist at University College, London.

“So is there a list out there in the way that gravitational waves is clearly known by physicists, of people saying we’ve still got to prove that one?”

“There’s lots of things to discover in science but there aren’t so many big theories that cover everything. The thing about general relativity is that it’s about the nature of time and space - it’s all around us, it’s everywhere. So there are still things we want to know. We want to know about dark matter, we want to know what dark energy is, why there’s more matter than anti-matter, and then there’s lots of other questions, like how the brain works, and how we can make a quantum computer work, but what we’re getting to is the point where these big very elegant theories that cover everything - we don’t have that many more because science is that much more complicated now, so we haven’t got the elegance and that was the thing about the gravitational wave that was so elegant.”


“We’re going to move on to new things, but just briefly on the gravitational.. there may be people who are thinking ‘I still don’t quite get the significance ...yes, very exciting, Einstein said it and it turned out to be true, but sort of ..so what?”
“There are two ‘so whats’. The first one is that scientific theories have to make predictions and this was a test.....


[...]..........The brain is the most complicated thing in the universe that we know of, and we’d love to know what consciousness is, but that’s a messy problem. it’s not an elegant solution. It’s about the new type of science, there’s lots of data, lots of interacting factors and it’s going to be messy, sorry, no elegance.”


“Messy in that there will be a lot of people making small progress on vital matters rather than ‘hey presto’ - rather than a Newton or an Einstein moment.”

Funny thing is, we can understand science getting all exited about coming closer to understanding the world, the universe and everything, but why oh why are we so uninterested, incurious and  let’s say happy to not understand the workings of our own brain?

Miles Goslett has taken a stance, to an almost obsessive degree. There are certain merits in his case against Camila, but to me his criticisms still seem more vitriolic than thoroughly thought-through.
Call me a twat - 'no-one likes me and I don’t care' -  but the media is an ass.