"A display of sober strength" 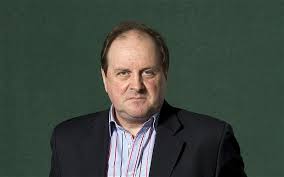 As some of our hard-earned money went towards funding James Naughtie's trip to the United States, I think we deserve some value for money from the Today presenter's reporting on the Syrian crisis.

He was on first thing this morning (6.10) giving Today listeners his appraisal of Barack Obama's big speech last night.

"It was a very sober speech, and he laid out the case for military action, as he sees it - the justification, which he believes is there, for American intervention.

"He explained why he thought it was in the interests of the United States, in the knowledge, of course, that public opinion, as far as it can accurately be measured, is against him on that, and he left the Russian proposal very much to the end and indicated that he was interested in it, he wanted a peaceful solution, if one was possible, to this problem but indicated that chemical weapons were beyond the pale and if the Russian proposal didn't turn out to be what it purported to be then military action was justified and would follow. Congress, of course, would pause, he said. They would give it a chance.

"John Kerry is going to Geneva to see Sergei Lavrov, the Russian foreign minister, on Thursday, and he said 'let's hope' but he gave no confidence that there would be anything other than, in the end, American military action. So it was a display, on his part, of what I think he would intend it to be - sober strength."

Reads like a White House press release doesn't it?

Not everyone thinks it was a speech of "sober strength" at all, as you will probably already know if you've been reading online newspapers and blogs and not just listening to Jim Naughtie.