'Today' - the first half hour of bias

Just taking a listen to the first half hour of this morning's Today programme on BBC Radio 4 let to the following thought: My goodness, it's amazing how much BBC bias can be found in just half an hour of BBC broadcasting! (Especially if you're looking for it.)

Justin Webb and John Humphrys presented. Here's how it went.

The BBC at the PAC

The BBC's troubles were next up. Justin interviewed his BBC colleague, David Sillitoe. David gave listeners his opinion. Mark Thompson "left convincing most of the MPs that he'd done his best" while Chris Patten gave "a pretty convincing argument". [To paraphrase Young Mr Grace, "You've all done very well."] He noted Lord Patten's "musing" about the replacing of the BBC Trust, warning it would be a long and complex process. David said said that "the Conservative government" [sic] has been saying they don't want to go through that process again [after seeing the 3-year process to set up the BBC Trust in the first place after the Hutton report.]

The IOC's new president will be a man

Next up was some speculation between John and the BBC's Dan Roan about the new Olympic president, to be elected today in Buenos Aires. Names were discussed. "All six are male candidates", noted Dan [just as you would expect a BBC reporter to note]. German Thomas Bach "is expected to win".

Business news, with Simon Jack. It's the International Arms Fair in London today, so the BBC put in a call to Kaye Stearman from the Campaign Against Arms Trade.

[Yes, there really is no "the" in-between "Against" and "Arms", which is a shame because it's difficult to know how to pronounce the acronym CAAT (presumably like 'cart'?), whereas CATAT would pose no such problems - though it would sound a little like a machine gun beginning to fire which might not be the effect they're after. #justsaying.]

Now balance was ensured by having defence analyst Howard Wheeldon along too, especially as he used to work for the security and defence industry and gave the opposing point of view.  Balance was marred, however, by Simon giving Mr Wheeldon a much harder time - the full BBC 'interruptions' and 'sarcasm' treatment.

Next up on business news, that story about banks and building societies fleecing savers over interest rates - a practise that Simon's introduction described, not entirely impartiality I think, as "a mean practice". His guest, economist Cornelia Meyer, thought it was very good that action is being taken against the banks. A fine for an accountancy firm, who did "wrong", was the next topic.

So far this was looking more like 'anti-business news' than 'business news', but new jobs courtesy of Jaguar were hailed as "better news". ("A remarkable success story since Ford sold it"). 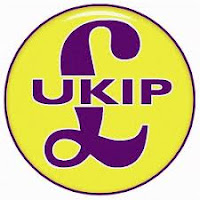 It was soon back to bad economics news though as, just when George Osborne thought it was safe to come out of the water, "a report out today from the right-leaning Institute for [sic - it's 'of'] Economic Affairs is warning the UK economy could flat-line over the next few years".

Andrew Lilico from the IEA came on. Simon Jack pounced on him over immigration - and I do mean 'pounce', as this was the question he really wanted to ask and interrupted Mr Lilico to do so:

"Well, I'm glad you mentioned immigration because on your seven reasons to be not cheerful, to be miserable, you include 'the arithmetical effect of low-productivity immigrant workers being added to the working population'. Many people would disagree with you. Jamie Oliver came out the other day and said his immigrant workers were some of his best workers. Are you sure about this?"

Quite a few hostile interruptions and sceptical noises-off then followed, as Mr Lilico gave his response, until Simon interrupted yet again and pulled out his trump card - an 'Aha!' moment:

"This is a patchwork paper, a number of different contributors, Tim Congdon among them, who's a member of UKIP. Was that his two pennies' worth?"

Simon Jack, of course, knew full well that it was, as he could see that from the report - as you can too, here - so this was a classic BBC ambush.

I think we can safely say that for the likes of Simon Jack of the BBC, the fact that Professor Congdon supports UKIP, and that UKIP are bad, m'kay, and that they hold bad views about immigration, m'kay, means that any credibility he might have is automatically well and truly scuppered. That's not necessarily a view I, or plenty of others beyond the BBC mindset, would automatically take.

Still, it's good to have a BBC reporter outing the political background of a report author. I look forward to hearing Simon Jack doing the same the next time a Resolution Foundation report comes his way.

P.S. Simon himself tweeted that he gave Andrew Lilico "a fairly hard time". I tweeted back to agree. He sure did.
Posted by Craig at 12:46