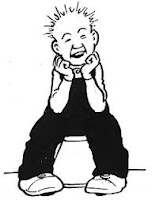 Talking about Scotland and the BBC, we buy a Scottish Sunday paper called The Sunday Post each week[I put it like that for any of you from even further south of the border who may never have heard of it] and it contained a wee article today which is somewhat germane to Edward Stourton and Samira Ahmed and their respective trips tae Glasgow this weekend:

Beeb lesson not as billed
With the Lib Dems convening in Glasgow for their conference this year, the event is literally a stone's throw from the BBC's Scottish HQ at Pacific Quay.
Yet instead of using Scots-based staff to cover the conference, the Beeb are flying up Westminister correspondents and putting them up in swanky hotels.
Despite BBC bosses getting hauled over the coals at a Westminster select committee last week for their extravagance, they don't seem to have learned their lesson.