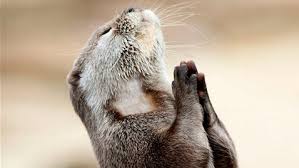 "I say unto you, that likewise joy shall be in heaven over one sinner that repenteth, more than over ninety and nine just persons, which need no repentance."

But will there be such joy in heaven over one sinner who only says he repents, but who seems much more concerned with getting an eye for an eye and a tooth for a tooth from his enemies, and who most definitely doesn't seem prepared to turn the other cheek or examine too closely the beam in his own eye?

Forgiveness has already been granted to the fallen politician by the Guardian, which has now given Mr Huhne a weekly column.

To do what? Well, to do what the Guardian itself likes doing most of all - attacking its biggest rival, the Murdoch press.

Mr Huhne, imprisoned for perverting the course of justice, blames the Murdoch press for his plight. He says he blames himself too, of course, but he sounds to me (and to others) as if he blames Rupert Murdoch much, much more and that he sees himself mostly as a victim, as having been  - as he himself put it today - "vulnerable".

"Vengeance is mine; I will repay, saith the Lord."

Where the Guardian leads the BBC so often follows - especially if there's also a chance to bash their own biggest rival, the Murdoch media empire.

Today duly sent an invite to Mr Huhne to appear on the programme this morning and plug his new Guardian column, and also gave him the opportunity to repeatedly attack the Murdoch empire - which he duly did, with some gusto. He also attacked Rupert Murdoch personally, accusing him (somewhat ironically in the circumstances) of "playing the man". 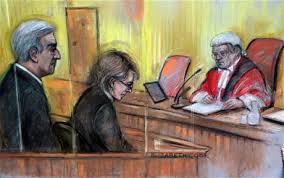 Sarah Montague interviewed him for some five minutes, and didn't (it has to be said) give him an entirely easy ride. It wasn't exactly the toughest of interviews either though, and Sarah could have got to serious work on dismantling his Guardian article (in the manner of the Telegraph's Harry Mount perhaps).

Should Today have granted him a platform at all? Was it just the urge for a 'scoop', a sensation-seeking journalistic gambit? Or did it betray a bias, a sympathy for Mr Huhne, a closeness to the Guardian -  the usual things the BBC is accused of?

Judging by the general reaction though, both his Guardian article and his performance on Today really don't seem to have done him many favours (though the comments at the Guardian aren't wholly in disagreement with the general thrust of his Murdoch-bashing).

The kindlier denizens of Twitter have used such terms as "utter self-serving drivel", "breathtaking arrogance", "self-serving twaddle", "ridiculous", "brass neck", "unsurprisingly not going down well today" and "showing why he's not fit to be a minister or MP" (etc).

Others have been far less kind.

Plus, satirical types are having a field day. Here's one Twitter comment which will probably launch a thousand quips:

Chris Huhne's piece in the Guardian today obviously hasn't gone down very well. He's just been on the phone asking me to say I wrote it.

And the Daily Mash have a write-up of their own:

Yes, I suppose I am a bit like Jesus, admits Huhne

FORMER cabinet minister Chris Huhne has been forced to admit he is basically a modern day Christ.