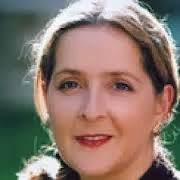 TrueToo, in the comments at CIF Watch, recalled a truly remarkable piece of BBC reporting from 2006 by Frances Harrison.

Frances was the BBC's Iran correspondent at the time and had a particularly unpleasant news story to report.

The piece, entitled Where Holocaust denial is welcomed, was a powerful denunciation of the Ahmedinejad-fronted theocratic regime's courting of all manner of white supremacists and convicted Holocaust deniers at a notorious conference held in that year.

Frances Harrison placed the Gordian knot of BBC 'impartiality' firmly at the forefront of her From Our Own Correspondent report:

In the BBC there's a lot of talk about impartial broadcasting. I've always wondered how that would work if you were the BBC correspondent in Nazi Germany reporting on Hitler.

Would you not have to take sides? Well I got closer than ever before to this problem reporting on Iran's Holocaust conference.

I have interviewed suicide bombers, sexually-abused children, raped women - I have seen the devastation of war and the tsunami.

But I have never reported on anything like this.

It's quite clear from her report, that Frances's mind was well and truly boggled at the vicious carnival of anti-Semitic clowns and Nazi apologists parading before her - all at the invitation of the Iranian government - and she succinctly ripped apart the Iranian government's confused, dishonest and frankly disgusting position over the conference.

It may be seven years old, and Ahmedinejad may (thankfully) have gone (hopefully never to be heard of again), but it's still a remarkable, bold piece of BBC reporting - a world away from faux impartiality.

Frances Harrison no longer works for the BBC.

[Note, however, the BBC website sub-editors obfuscatory caption beneath the photo of the slogan 'The world without Zionism' in that article: Iran frequently plays host to those who criticise Israel.

Her point was: Iran frequently plays host to anti-Semites and Holocaust deniers.

That's typical of the BBC website at the time, and since].
Posted by Craig at 18:01