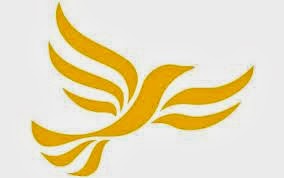 I promised to monitor the Today programme's coverage of the party conferences this year to see if any evidence of bias emerges.

The Greens came first. Next came the Liberal Democrats.

Their conference began last Saturday, but that day's Today (14/9) didn't spend much time on it.

The programme spent some two and a half minutes previewing the conference (from 7.12-7.14), though that discussion with chief political correspondent Gary O'Donoghue spent a good portion on that talking about a new government policy - the announcement of a five pence charge on plastic bags. Gary mentioned the Lib Dem advisor who said that only 25% of electorate would vote Lib Dem now and described  this as "a dangerous thing to do".

An interview with Ed Davey, the Lib Dem minister responsible for the new plastic bag policy, came later (from 7.32-7.37). The interview concentrated on the plastic bag issue, and didn't discuss general Lib Dem matters. Justin Webb asked him to explain the policy, asked him why he wasn't going as they've done in Wales, asked him whether this was a policy the Conservatives had resisted, asked him about whether George Osborne had resisted it, asked him whether paper bags were included, asked him if packaging was next on his agenda (as many people are upset about that), asked him whether companies should be charged for cleaning up waste packages (and pressed him on that)....[all, you note, questions pushing the policy on even further, rather than challenging it]...and, finally [and, for the first time, challenging the policy in some way], asked him whether there's an element of unfairness to the charge, in that poorer people who go shopping on buses might not have their bags with them, unlike richer people with cars. There were five interruptions.

The 8.10 spot wasn't a Lib Dem bit either, being given over to a general discussion about the party conference season, as John Humphrys talked to three former party advisers - Conservative George Bridges, Labour's Dan Corry and Lib Dem Miranda Green - about how their parties can try to connect with the electorate.

So Today's real Lib Dem conference coverage only began on Monday (16/9), with Evan Davis reporting from Glasgow. [Yep, another BBC star joining the rest of the gang in Glasgow].

A couple of minutes was spend with the BBC's political correspondent Vicky Young at 6.33 speculating about why "such an eminent economic commentator" as Vince Cable wasn't speaking in that day's economic debate.

Indeed, the BBC's correspondents dominated much of that day's coverage, with Nick Robinson speculating about the day's events in the second hour and then coming back after 8.30 to give his post-match analysis of the interview with Nick Clegg at 8.10. There was also the BBC's Gary O'Donaghue reporting from the conference just before the 7 o'clock news and Evan Davis himself giving us his view of things just after the 7 o'clock news.

Gary O'Donaghue's report concentrated on some in the the party's desire for 'distinctiveness' from the Tories.

Evan Davis reported on Nick Clegg's revived position - "The only really funny thing about Nick Clegg now is how strong a position he's appeared to carve for himself, despite all the knocks....Calamity Clegg he once was, but he's turned into calm Clegg." We heard what Evan himself described as "a party political broadcast" for Nick Clegg - from Evan himself, from some non-Lib Dem students, from Sir Ming Campbell and even from Tim Farron. Then we heard from the Social Liberal (ie. left-wing) faction and got the less favourable take on Nick Clegg.

Evan's interview with Nick Clegg, which can be heard here, was good-humoured. Evan Davis and Nick Clegg got on well. Evan teed it up by saying how good a position Nick Clegg was now in. Yes, there was some ribbing over Vince Cable, but Mr Clegg emerged unscathed. They talked about the recovery, the 50p top tax rate, and then (briefly) the Lib Dem's falling membership figures - which Evan soon generalised to all political parties, about which they chatted for a surprising amount of time. Nick Clegg's popularity was the final topic. Evan can be a sharp interviewer, but this was a gentle, even soft interview. I counted a mere eight interruptions in 12 minutes (low by Evan's standard). Evan should do this more often.

The programme ended with a couple of journalists talking about the Lib Dems - Isabel Hardman of the pro-Conservative Spectator and David Clegg of the pro-Labour Daily Record. "We've been running a relatively upbeat story from the Clegg point of view", began Evan, accurately. David Clegg gave the counter-story, saying that Scottish Lib Dems are angry and that the polls are bad, and wondered what the point of the party is. Isabel Hardman stuck to the more upbeat take taken by Today. 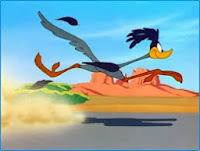 Tuesday's coverage (17/9) included more BBC-on-BBC discussion, with talk of tax rises and the lifetime of the coalition between Evan Davis and Gary O'Donaghue at 6.35.

Then came another discussion about the future of the coalition (at 7.17) with Olly Grender, former Lib Dem communications director, who wants the coalition to go right up to the general election. This was a good-natured chat with Evan Davis.

There was a further interview with a Lib Dem politician at 8.34, when Evan interviewing Danny Alexander on the subject of tax rises v spending cuts following the next election. The party is saying there will be more tax rises ("on the wealthiest"). This was more of the sparky kind of interview associated with Evan Davis, with plenty of interruptions (seven in just over 5 and a half minutes), but it wasn't a hostile one - and drew a "you've been honest" comment from Evan. He then quoted some of Vince Cable's attacks on the "ugly" rhetoric of the Conservatives and asked him if he agreed. Danny did indeed agree "on some issues", such as immigration.

The programme closed with an interview with the BBC's Nick Robinson and Peter Kellner of YouGov (not a Lib Dem). Peter Kellner describes today's UK politicians (in general) as "pygmy politicians", but said the Lib Dems have an opportunity as a result - to say big things about modern politics (such as about the environment), and convince people over time that such big things count, and that they count.


The coverage overall (basically two days-worth - as Saturday's doesn't really count), gave a decent amount of time to the Lib Dems, without weighing down the programme with wall-to-wall Lib Demagoguery. Evan Davis approached the party in a good-natured way, and I would say gave them pretty favourable coverage, on the whole. I think we can safely say that the Lib Dems won't be complaining about BBC bias as a result of it.

The test of BBC bias for the rest of us will come when we see how Labour and the Conservatives are treated in comparison. Will they fare as well?
Posted by Craig at 21:11