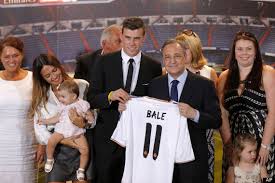 
This week's Newswatch focused on complaints from BBC viewers about the BBC News at Six's decision to lead last Monday with the story of the sale of footballer Gareth Bale to Real Madrid for a record transfer fee - and not only to lead with this sports story but to devote more than seven minutes to it.

"In a world packed with important national and international stories, is it right to kick off the main news bulletin of the day with a story about a sickeningly exorbitant transfer fee for one man?", one viewer protested.

It was certainly a striking decision. That evening's ITV News led with Syria (and Britain's response), devoting seven minutes to that instead. The Gareth Bale story only appeared in the second half of the bulletin (and ranked 6th overall in its running order). ITV devoted three minutes to it.

Paul Royall, editor of BBC News at Six, was in the hot spot on Newswatch.

He said there were two reasons for spotlighting the story: (a) "the remarkable personal story of Gareth Bale" (a young British player who's now become the world's most expensive footballer) and (b) "the broader context of the story as well - the economic and business context of football, and the huge sums of money that seem to circulate around football in challenging economic times at home and around Europe."

Samira Ahmed pointed out that "most of the facts of this story were widely trailed - the name of the player, where he was going and, indeed, the transfer fee." So, she asked, "compared to other stories, did it really deserve that much airtime?"

He replied that Monday was the "unveiling" of Gareth Bale to the world (at Real Madrid), and it was also the final day of the football transfer window. So that's why they covered it...

...though that didn't really answer the question as to why it was the lead story, or why over seven minutes was devoted to it.

Except that Paul Royall clearly thought it did answer that question. The two reasons he stated at the start of the interview were his answer to that question and when Samira asked him the question again he simply re-stated his two reasons and said that that's why it was the top story that day for the BBC.

Personally, I'm with the critics here. Syria was a much bigger story and the Gareth Bale story deserved the 6th place ranking given to it by ITV News, as befits a major sports story.

However, there are lots of football fans out there and I suspect that the popular pull of the Gareth Bale story was far, far stronger than that of the Syria story. Most people aren't the political animals some of us are and aren't that interested in foreign news - even when there's an apparent war in the offing that could possibly lead to increased chaos, regional conflict, WWIII, Armageddon....

The BBC were, I think, being canny and making a conscious grab for ratings in their choice here, even if they jumped off the journalistic moral high ground (from the Guardian to the Daily Mirror, so to speak) in the process.