7.11 UK government cuts. An interview with the Dean of St Paul, Dr David Ison [the man who replaced Giles Fraser], on whether disabled people are suffering - including dying (committing suicide) - because of the government's welfare cuts. Dr Ison has signed a letter by campaigning charities criticizing the government, and joined a prayer session in Parliament Square yesterday with Occupy-related groups. I've noted, on several occasions before, that Sunday only ever interviews critics of the government's benefit reforms. We've not heard a single supporter of the reforms making an ethical, faith-based case for them on the programme, which - given BBC guidelines on impartiality, which state "We must be inclusive, considering the broad perspective and ensuring the existence of a range of views is appropriately reflected" - cannot be right.

7.16 Suicide bombing on an Anglican church in Pershawar. We heard from Wilson Choudary, a British Pakistani Christian, who lost relatives in the terrorist atrocity. He has been banned from visiting Pakistan after protesting about the treatment of Christians there.

7.19 Christians in Pakistan. An interview with Mustafi Quadri from Amnesty International. Mr Quadri painted a grim picture of life for non-Muslims in Pakistan:


"What usually happens is that Christians are more likely to be accused of blasphemy after a dispute. They are more likely to have their women and girls kidnapped and raped, and have forced conversions. They face systemic prejudice and discrimination. For example, under Pakistan's constitution Christians and other non-Muslim cannot be president or prime minister. The value of evidence from a Christian or other non-Muslim is less than that of a Muslim. So there is all sorts of discrimination. There's all sorts of violence against Christians. But even despite that the attack last Sunday was unprecedented." 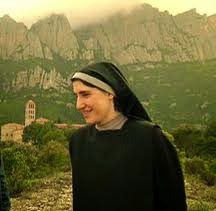 7.22 Sister Teresa Forcades. A report on the radical far-left [Occupy-style] nun and Catalan independence campaigner by the BBC's Matt Wells. Sister Teresa is challenging the Spanish government and the world economic order. Matt Wells has something of a crush on her, by the sounds of it. He did a For Our Own Correspondent about her a few weeks ago. This was their second meeting. Everyone Matt talks to seems to have fallen for her too, though he did quote a sceptical professor to her saying that she was naive. She disagreed.

7.29 England is running out of cemeteries. You may have seen the report that almost half of England's cemeteries could run out of space within twenty years. Sunday decided to make the response of the Muslims community its lead angle. Muslims don't allow cremation, and they aren't happy about it. Still, the BBC reporter, Alex Strangways-Booth, did then discuss what the impending grave shortage might mean for the Orthodox Jewish community and for followers of the Church of England.

7.34 The Big Society. "And is the Big Society still the Tories Big idea? As the Conservatives gather in Manchester for their annual conference, the minister for civil society Nick Hurd debates with Steve Bobb, who represents the chief executives of voluntary organisations."  [Sunday website blurb]

This was the third of the programme's party conference-based interviews. Unlike those with the Lib Dems and Labour over the last couple of weeks, this one didn't allow the party spokesman in question to discuss his party's relationship with faith or to make a positive case to Radio 4 listeners; instead, it brought in a critical voice to share the interview and put the Conservative minister on the defensive. 'Steve Bobb' turned out to be Sir Stephen Bubb. Sir Stephen and William Crawley worried away about whether "cuts" are damaging the vision of the Big Society, and Sir Stephen attacked the Lobbying Bill too. Compared to Steve Webb of the Lib Dems two weeks ago and Labour's Stephen Timms last week, both of whom got full-length interviews to themselves, Conservative Nick Hurd got a raw deal here.

7.40 Modern Slavery. Last year there were 2,000 victims of modern slavery in the UK, a quarter of whom are children. Trevor Barnes talked to various faith-based charities who are campaigning on the issue.

7.47 The Church of England invests in RBS. A topic close to Sunday's heart, this one: The banks and bankers. Andrew Bryant, from the Church Commission, was interviewed by William about the Church's buying of a 10% stake in RBS, with the aim to help create "a good bank", and to generate some revenue for the Anglican Church. Executive remuneration, bonuses, will be decided in line with the Church's ethical guidelines, Mr Bryant said. 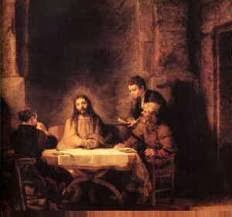 Love bade me welcome, yet my soul drew back,
Guilty of dust and sin.
But quick-ey'd Love, observing me grow slack
From my first entrance in,
Drew nearer to me, sweetly questioning
If I lack'd anything.