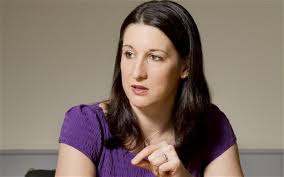 ...Newsnight's new editor, Ian Katz, may well be choking on one of his own toes at the moment, having not DM-ed something on Twitter which he meant to DM.

For those of you who don't know, 'DM' means 'direct message' - a way of holding private chats on Twitter. It doesn't mean 'Daily Mail'. (Ian Katz is ex-Guardian after all.)

Tnks...except for boring  snoring rachel reeves...playout was fun tho, wasn't it? telly MUCH netter than snooooozepapers innit

Accidentally sent v ill-judged tweet referring to @RachelReevesMP's appearance on NN. Thought was DM but in any circs wrong. Have apologised.

Yes, I'm sure that apology worked a treat. I may have put the popcorn away prematurely.


Update 15.15 Labour demanded a written apology from Mr Katz this morning. They got one, sharpish. Labour then accepted his apology. So all's well that end's well. Rachel will doubtless be back on Newsnight in no time, and I for one can't wait for tha...zzzzzzzzzzzzzzzz


Update 17.00 Not quite sure why, but the blessed Daily Telegraph, full of grace, is way behind this humble, two-person blog.

Why? Well, because the report hasn't been updated (transubstantiated) since this morning.

Events move on. Online Telegraph reports should move on, lest their readers (and commenters) find themselves way behind the times. (Not that that would bother them - and rightly so.)