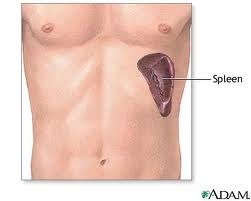 Were I a splenetic right-wing critic of the BBC, I might well fulminate against today's Broadcasting House on Radio 4, guest-presented by Jane Garvey of Woman's Hour fame (though we right-wing Beeb-bashers know her best for her comment that "the corridors of Broadcasting House were strewn with empty champagne bottles - I will always remember that", in connection with Labour's general election victory in 1997).

My blood-pressure would, therefore, have already begun to rise at the mere mention of the name 'Jane Garvey'.

I would then tut at the predictability of wheeling Sir Ming Campbell on to talk about the Tokyo Olympics, as Sir Ming has long been a BBC favourite and was literally - as they say at the OED - omnipresent in the run-up to the Iraq War, and for about five years after.

For the next topic to be about 'hate crimes against a sub-culture' would then raise my blood-pressure no end, and I would be raging at the BBC for being obsessed with hunting out and advocating -ism and -phobia-related 'hate crimes'.

And, FFS (as I might say - and perhaps not even use the acronym either), here's that nasty lefty Jeremy Hardy for some unfunny comic relief! Yes, he can't sing very well. Ha, Ha.

By now fuming, I would then bolt out of my chair in sheer, naked fury at the interview with a subversive author who claims the Battle of Britain, Britain's finest hour, is a "myth".

As for having a Guardian reporter and a Muslim on the press panel, well, the radio would be approaching a critical moment in its lifespan as I considered whether to throw it out of the window in disgust.

That moment of violence would then finally arrive as the final segment went all Woman's Hour and starting discussing women who had a crush on their teachers while at school, and the fears nowadays of predatory males.

The window duly smashed, and a passing cat (who was at the wrong place at the wrong time) unfortunately being left traumatised, I would then storm to the laptop and pen this post, saliva dropping on the keyboard as I so did. Then, having posted it, I'd go and have a cup of tea and watch Sunday Morning Live.

Well, there must be a splenetic right-winger lurking deep inside me, as most of these thoughts flitted through my head whilst listening to the programme - though without any of the accompanying anger. (Or was that just my own bias-hunting bias at play?)

The choice of Sir Ming, who competed in the 1964 Toyko Olympics resulted in some interesting insights from the old Olympian and won me over - though alas, inevitably, it turned political when Jane raised the issue of Sarah Teather's stepping-down from parliament in protest at the coalition. 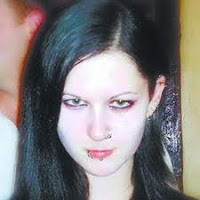 Jane Garvey's interview with Sylvia Lancaster, mother of Sophie (above) - killed (as you will remember) in the most shocking and brutal way imaginable by five young, male thugs, simply for being a goth - and with a woman from Manchester who dresses in an alternative fashion and who has also suffered some awful experiences as a result, including violence, was both eye-opening and worrying. It's an interview I don't think I'll forget in a long while, and the word 'hate' seemed to me inescapable in describing the kind of attacks being described, and the attitudes behind them. Whether or not those attacks should be classified as 'hate crimes', however, divided the two guests, as the lady from Manchester thought the effects of classifying them in such a way (something Sylvia Lancaster campaigned for) was actually increasing the levels of hatred towards people from her sub-culture. As for myself, I think crimes are crimes. Adding the word 'hate', however accurate, just doesn't seem helpful, or necessary.

I have to say that marking the opening of the Battle of Britain Museum at RAF Bentley Priory, headquarters of Fighter Command during the Second World War, by interviewing a novelist who regards the Battle of Britain, the triumph of 'The Few', as a "myth" really does smack of the sort of snook-cocking you might expect from left-wing provocateurs and it's the sort of thing that gets many a patriotic British man and woman annoyed at the BBC.

That said, the author in question, Derek Robinson (a former RAF man himself) made an interesting case that it was the Royal Navy which saved Britain rather than the RAF, so I've no problems whatsoever with the BBC providing someone with a strong but unpopular standpoint with such a platform. It's just the matter of the timing though, and the lack of a counter-view to that of Mr Robinson, that's problematic - not to mention the programmes's motives in choosing as a guest someone who holds such views to mark such an occasion.

Jeremy Hardy was there, along with Barry Cryer (he of the best laugh since Sid James), to 'honour' Sir Cliff Richard's 100th album with a bonus round of 'Pick Up Song', that mainstay of I'm Sorry I Haven't A Clue. Jeremy Hardy's terrible singing may not be as funny now as it was when the world first heard it (though I laughed a lot at the time), but I never mind hearing it; indeed, I feel a measure of sympathy for him. I myself once sang 'Don't Stop Me Now' at a party (whilst somewhat inebriated). The interactive karaoke game we were playing at the time duly awarded me the lowest mark possible for a performance.

The paper review featured John Stapleton, Steve Hewlett of the Guardian and Mina al-Oraibi (of Dateline London 'fame'). They talked a lot about the BBC. Understandably. Rightly. My only qualm here was that the BBC's Jane Garvey seemed too interested in asking whether the public care about the Patten-Thompson row. ("Mina, how much do you care?", was one of her questions). Well, I care. I wouldn't have bought so much popcorn for tomorrow's parliamentary grudge match if I didn't care.

The Woman's Hour-style feature on school crushes took the form of an interview with novelist Joanna Briscoe, author of 'You', whose own crush on a male teacher played a significant part in her decision to write and in her subsequent writing. The raising of the 'fears of predatory men' issue is understandable. Schoolgirls fancying male teachers is OK; male teachers reciprocating is not so OK. Were this a Man's Hour feature I'd note my own crush on a female teacher. She most definitely didn't reciprocate. Or know.)


So, there you go. Another episode of Broadcasting House.

I'm off now to sing Sir Cliff's Living Doll, to to annoyance of a few more of the neighbourhood's long-suffering cats.
Posted by Craig at 17:09