Something about men in Dover 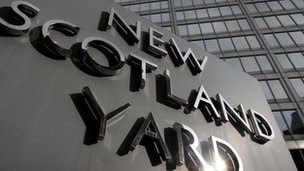 Following on from PJ Media's analysis of the BBC's coverage of the (still ongoing) siege in Nairobi (discussed earlier today), I see that something similar is happening with the latest breaking news story concerning Islamic terrorism...

I spotted a Sky News headline a little while ago, which they are ranking as their third-most important-story. The headline couldn't be clearer:

And nor could the lede and nut graf:

Two men have been charged with terrorism and firearms offences after being stopped in Dover, Scotland Yard said today.

Mohommod Hassin Nawaz, 29, of Dirleton Road, Stratford, east London, and Hamza Nawaz, 22, of the same address, are accused of attending a terrorist training camp in Syria.

The BBC home page places the story much lower in its running order - in ninth place - and chooses this far-less revealing headline:

...a boring snoring headline if ever there was one.

Once you click on it you get a more revealing headline:

However, check out the lede and the nut graf here, and compare it to Sky's.

Two men arrested by police in Dover on Monday have been charged under the 2000 Terrorism Act, Scotland Yard has said.

The men, aged 29 and 22, have been charged with conspiring to attend a place used for terrorist training and for the unlawful possession of ammunition.

Sky's account tells you so much more about the story.

The BBC's account doesn't even mention Syria, and you have to wait until the sixth paragraph of the BBC article to be told the tell-tale names of those arrested.

PJ Media, with their headlines, ledes and nut grafs, are clearly onto something, and the BBC seems to be at it again, obfuscating over matters of Islamic terrorism.