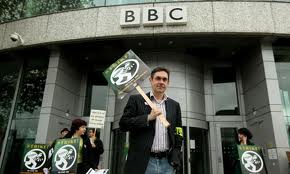 If I shake my head in disbelief any more this morning I might end up cricking my neck, or risk it dropping off into my cornflakes...

My final barometer of confidence is Twitter, because every time a report like this goes out saying the statistics show signs of recovery a lot of people tweet me saying, basically, I'm a Cameronite/Osbornist propagandist, and when that stops I think that will be a fair sign that confidence has returned.

Which suggests to me (a) that sections of the Twitterati must be several eggs short of an omelette and (b) that Paul wants Newsnight viewers to think that the charges of bias against him come from the Left.

Both Paul - and many a Newsnight viewer - will be well aware though that the usual criticism he gets (away from the world of Twitter) is for 'reporting from the Left' (given that he is a left-winger).

So he seems to be subtly deploying that well-worn BBC argument, 'we get criticised from both sides, so we must be getting it about right'.

I'm not buying it though, Paul.

Check out Twitter though (search 'BBC bias') and just see the sheer predominance of those who hold that very minority view, that the BBC is biased in favour of the Right.

On this issue at least, Twitter is a barometer of very little other than itself, I'd say.
Posted by Craig at 07:44