Who's dithering over Syria? 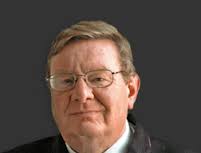 Biased BBC David Preiser has been patiently pursuing Mark Mardell, the BBC's North America editor, over the latter's agonised response to President Obama's twisting and turning over the issue of Syria. David's charge is that Mark Mardell is a very biased reporter who allows his opinions to show throw in report after report, and that he often acts as if he were Barack Obama's official defender-in-chief.

I have to say that if there's one area where BBC bias is particularly clear it's over its coverage of U.S. politics and that David's posts and comments carefully demonstrating why that's the case have long been one of the highpoints of Biased BBC for years. The case he's been making against Mark Mardell seems to me to have been sealed long ago.

For a chronological take on David's most recent posts and comments about Mark Mardell's reporting of the U.S. administration's stance on intervention in Syria, please click on the links below. (They go backwards in time).

David's writing about Syria reminds me of a series of comments I put on Biased BBC two and a half years ago in response to one of his critiques of Mark Mardell's less-than-impartial dithering over Libya, which shows that 'twas ever thus with Mark's reporting.

You might also enjoy reading this trip down Memory Lane for its description of a little run-in I had with the BBC's blog moderators.