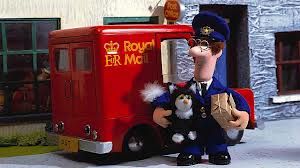 "I bumped into an old acquaintance the other day. He told me he had taken a job as a postman. He said it was better than walking the streets." (Tommy Cooper)

As they keeping saying at the BBC: Mrs Thatcher's government ruled it out; John Major's government thought about it, then thought again; and New Labour went quite far with the idea, then dropped it. Now here we go again. Yes, it's Royal Mail privatisation time, take three (albeit not Post Office privatisation).

I can't say I'm much struck on the idea myself, but I'd like to hear both sides of the argument and re-consider the matter, if the other side persuades me.

Which is where the BBC comes in. Has it been balancing the case for and the case against, allowing its viewers and listeners to make up their own minds?

Well, checking out three main BBC current affairs programmes (Newsnight, Today and The World at One) should help answer that question. 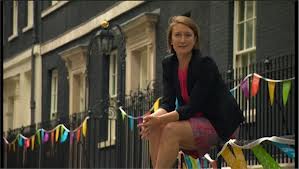 Allegra Stratton claimed the story as an exclusive on last night's Newsnight. She didn't look at all happy about her 'scoop' though, for some reason. Watch her for yourselves here. (Pregnancy blues?)

She did say that the sell-off would begin this very morning at 7 am, as per a "very well-placed source" - so her 'scoop' wasn't quite all it was cracked up to be, as that turned out to be dead wrong.

It wasn't the programme's fault, I guess, that the only guest they had on hand to respond to this breaking news was Nicola Smith of the TUC who, as might be expected, gave the move an almighty thumbs-down, saying it would lead to the deterioration of the universal postal service, increased costs for small businesses, a deterioration of rural services and a rise in tariffs across the UK.

In the absence of a guest who supports Royal Mail privatisation, neither Allegra nor Emily Maitlis made much of an attempt to outline the opposing point of view, so I wasn't that much wiser about the case in favour of privatisation.

What about Today this morning?

Well, the programme closed with Billy Hayes of the Communication Workers Union, who opposes the privatisation for more explicitly left-wing reasons than Nicola Smith - complaining that privatisation leads to big rewards for CEOs, the board and "people in the City" but worse conditions for the workers.

He certainly made John Humphrys laugh.

JH's line of questioning here was to tell Mr Hayes repeatedly that privatisation is definitely going ahead and to ask, 'So what's the point of striking then?'

He didn't attempt to argue with Billy Hayes about the rights and wrongs of privatisation - though that may have been because they hadn't time to do so, as (due to communication problems) the programme had only managed to get the CWU man on with less than three minutes to go.

Sarah began by quoting Mrs Thatcher opposing post office privatisation, then asked Mr Fallon about whether it was right to go ahead with it at a time of strikes. She quoted Chukka Umunna's criticisms that the move is politically motivated and that there's widespread opposition to it. She cited further criticism from the Federation of Sub-Postmasters, who say it will lead to widespread post office closures.

Mr Fallon said in response that now is the right time and outlined what the process will involved - or, more accurately - as a result of Sarah's questions about people's concerns - what it won't involve.

The points against, sketched in above, are easy to grasp. So what's the case for Royal Mail privatisation? Well, Mr Fallon said the move would allow Royal Mail to access the capital markets to enable it to raise money for further modernisation.

That's pretty much only the argument he made, and it's not one to wow the crowds, is it? - especially when expressed in such a dry way. I would have preferred to have heard him expand on that point and explain why we, the public, should back his side of the argument.

Perhaps Sarah's line of questioning - not giving him an open question that allowed him to made a positive case, only to to make a defensive case in response to people's fears - prevented him from having the space to do so, but I'm sure he could have tried harder.

So, thanks to Mr Fallon, I was still hunting for that elusive convincing case to be made for Royal Mail privatisation. Would The World at One come to my aid?

No, all we got from The World at One was a tiny clip of Mr Fallon's speech from the House of Commons followed by a report from the TUC, interviewing Dave Ward, deputy general secretary of the CWU, who opposes the involvement of private companies in the postal service and who (somewhat ironically) accuses the government of 'political dogma'. We then heard from several CWU delegates, all equally opposed to the move. Plenty of pithy arguments against them, still no strong case for.

Still, at least the programme ended with John Cunliffe, creator of Postman Pat (and his black and white cat). Mr Cunliffe thinks Pat would be adaptable enough to cope with working for a privatised Royal Mail.


So just what is the case for Royal Mail privatisation?

I think I'd better give up on the BBC and start reading the online newspapers instead if I want to find that out. Best not go to the Guardian though.
Posted by Craig at 15:00

Labels: 'Newsnight', 'The World At One', 'Today', privatisation