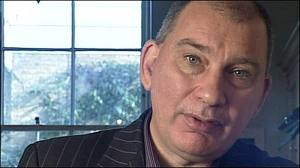 Nick Cohen has, characteristically, written a thought-provoking piece for Standpoint entitled The Beeb Needs its Mavericks - provoked by the exit from an etiolated Newsnight to an invigorated Channel 4 News of Newsnight's economics editor Paul Mason (a "furrow-browed theorist from the Marxisant Left," in Nick's words.)

He notes Paul's stated reason - that he wants the freedom to write books "without submitting them to the BBC's censors" - and sees this as Paul Mason being forced out by the BBC.

Nick cites in Paul's favour the furrow-browed one's slating of the EU for its treatment of Southern Europe during the Euro Crisis, which he says "stood out precisely because he was left-wing and had no time for the EU platitudes too many from the BBC swallowed without complaint."

For Nick Cohen, this  supports the general point that "outsiders from the Right or the Left often make the most perceptive journalists".

I have my doubts (to put it mildly) about Paul Mason's perceptiveness, but Nick's contention that the liberal, conformist attitude of the BBC stifles the best in journalism rings true.

The BBC seeks to be seen as impartial. It has a pronounced liberal, conformist tendency of its own, however, which suffocates the spirit of mavericks - mavericks (from either side of the political spectrum) who might see things more clearly than the liberal mainstream BBC.

Well, because of people like me and those who blog at Biased BBC, and at the Telegraph, Mail, Commentator and Spectator:

Before you get carried away with happy-clappy enthusiasm for the liberation new technology brings, consider that if everyone can be a journalist everyone can be a spy. The web is searchable and the BBC managers who worry about what their staff write when they're off duty are not quite the little Hitlers they seem. Tweets and Facebook posts are taken down and used in evidence by the corporation's enemies, and not just by the Telegraph but, potentially by everyone with a political or commercial interest. You can ban people from going against company policy online, as many organisations do. But what happens when someone else tweets their opinions or, soon, captures an off-the-cuff remark in a bar or at a party from a supposedly impartial journalist or judge on Google Glass and broadcasts it?

Well, guilty as charged m'lud, but so long as the BBC cleaves to its charter and its charter-bound commitments to impartiality, as formalised by parliament, and so long as each and every one of us (who owns a TV) is legally bound to pay the licence fee then I'm not prepared to have partisan reporters spouting off at my expense whilst claiming to be impartial....

I'd much prefer those partisan voices to be open about their partiality and for the BBC to spread them out in an even-handed way.

Give me a fair cross-section of partisan voices - including right-wing and left-wing mavericks - on a regular basis and I'd be very happy to pay the licence fee - and to stop blogging about BBC bias.

And maybe that's the way the BBC should go: Let their own reporters honestly and openly report from their own standpoints, but ensure that that a full range of opinion is provided.

The snag there, I think, is that the BBC at present is vastly over-staffed with people who inhabit that liberal, conformist standpoint. How could you re-balance a publicly-funded corporation like that?

So why not set the BBC loose from its impartiality obligations and let it openly rejoice in being a sort of left-leaning Guardian-on-air but share the present licence fee fund with a second public service broadcaster with a right-leaning Telegraph-on-air tendency.