Join the BBC, and see the world 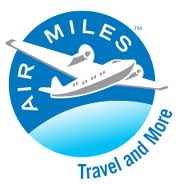 It seems a bit profligate to me too, especially given that there's already a surprisingly large flock of BBC reporters busily squawking away in the U.S. capital, including North America editor Mark Mardell.

Still, in Lucky Jim's case it might just be that this could be the last chance the poor man will get to enjoy a foreign jaunt at the licence fee payer's expense, as he's off tae Scotland soon to report on the independence debate up there, and he will nae be flying further than the Shetlands Islands for the foreseeable future.

Oh, and what insights did James Naughtie, hot off the plane yet already sounding as authoritative as if he'd been in Washington all his working life, give to his expectant listeners this morning?


"Republicans who control the House of Representatives, naturally, aren't looking at this solely through the prism of the Middle East. For many of them, particularly those who are associated with the libertarian Tea Party movement, or threatened by it in the districts, it's unthinkable to help Obama in his hour of need."

What a cynical, partisan bunch those Tea Party-aligned Republicans are! People who clearly would never do the right thing if it helped their political opponent. (So unlike the Democrats, of course).

Or at least so I'm led to believe by this particular impartial BBC reporter/mind-reader.

The window James Naughtie has into men's souls, without even knowing them or having talked to them, is surely the reason why the BBC sends him hither and thither, with our financial support, to report on all the major news stories of the day.