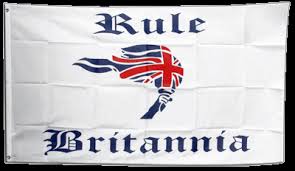 A blog is a blog is a blog (a 'web log', a personal take, a collection of ramblings), so please forgive me for straying (yet again) far from the strict path of BBC bias hunting to pass on the words, from this week's More or Less (BBC Radio 4), of Professor Godfrey Baldacchino, Professor of Island Studies at the University of Prince Edward Island, Canada, and editor of the Island Studies Journal, in response to the snub allegedly made against our very own island kingdom by an aide to President Putin - that we are "a small island no one listens to."

Britain is a fairly large island, as far as islands go. Of course, it's always going to be problematic to define how large an island is in order to define itself as an island. There are usually cut-off points at the very top end and the lower end. At the top end we usually define the very largest islands as 'continents', for example, and from a geographical point of view there are four huge continents in the world - Eurasia-Africa being the largest, of course, then America, Antarctica and Australia, in that order. So, if we include those as mega-islands, large islands, Britain would actually be the lucky 13 - the 13th island on that list in terms of land size. [If you take the continents out of the equation, we stand in 9th place.]

If we switch our parameters and go for population instead of land, then Britain would score even higher up the list. It would be the fourth largest island by population in the world - I'm talking exclusively about island nations, the largest being Indonesia, followed by Japan and the Philippines.

So by no stretch of the imagination is Britain a small island.

And then there's nothing wrong about small islands having a stature, a clout, a footprint much larger than they would suggest. I'll just mention the island of Manhattan, which is much, much smaller than Britain and, of course, it's an island that one could call at the very centre of the world.

There are differing definitions of what an island is. Where does an island start off? Is a rock an island? Is a coral atoll...you know, a few feet across or a few miles across...an island?

So it's very difficult to come up with these hard-and-fast scientific definitions.

As far as populated islands go, Britain is definitely one of the largest. It is not just an island. It is an archipeligo. It is surrounded by other islands. 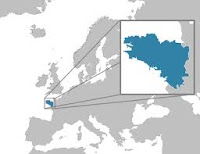 Alas, the good professor went a wee bit astray at this point.

One other distinction is that Britain is one of the few islands that officially calls itself 'Great'. Now I'm not sure whether that's a gesture of pomposity or presumptuousness, but it could merely be a factual indication of its relevance on the world's stage.

There are many others [that call themselves 'Great'] but they are usually much smaller.

Now, I don't know about you, but even I could field that question - the question of why Britain calls itself 'Great' (something Tim Harford didn't seem to know, surprisingly). It's something I learned at school.

Britain was called 'Great Britain' (Grand Bretagne) to distinguish it from 'Little Britain' (Bretagne, ie. Brittany), both lands being inhabited (in Celtic days) by Britons (Bretons).

Here endeth the geography lesson.
Posted by Craig at 20:11