The Story of the Jews (Part 5) 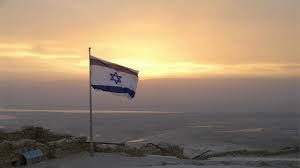 The BBC Two continuity announcer introducing last night's final episode of Simon Schama's The Story of the Jews described it as "a very personal journey".

The four earlier episodes were always prefaced by the word "personal", but this was the first time the phrase "very personal" had been used. Why?

Well, perhaps because this was the episode the BBC most wanted to keep itself at arm's length from and the use of the words "very personal" made it very clear that 'THIS IS SIMON SCHAMA'S VIEW, NOT THE BBC'S!!'

Sadly, a personal take on the history of the modern state of Israel was always likely to be contentious. Pro-Palestinian activists had complained about the series even before it began, following Simon Schama's description of himself as a Zionist. Others would be watching intently to see if Simon was critical of current Israeli government policies. I suspect we all brought our own 'very personal' views to bear on this programme.

What we got was most definitely a very personal view: The view of a left-wing Zionist, passionately pro-Israel (calling the country "a miracle") but anxious and regretful about recent trends in the country - especially (inevitably) settlements and the security barrier - and deeply nostalgic for the idealistic socialism of Israel's kibbutzim.

"I've always thought that Israel is the consummation of some of the highest ethical values of Jewish traditional history, but creating a place of safety and defending it has sometimes challenged those same ethics and values".

It was also 'very personal' though in its interweaving of Simon Schama's own life experiences with the history he was telling, from his birth in 1945 to his work experience on a kibbutz, etc. 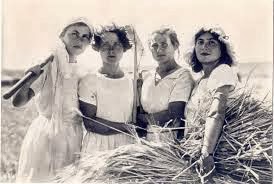 The programme opened though by allowing us all to experience the sirens and silence of that day in Spring, each year, when Israel halts to mark the Holocaust - over one-and-a-half remarkable minutes of lump-in-the-throat TV.

As for the country itself,

"Today around half the Jews in the world live here in Israel. 6 million people. 6 million defeats for the Nazi programme of total extermination."

Simon Schama then told us about Szmul Zygielbojm, a Polish Jew who had escaped from the Warsaw ghetto who tried in vain to rouse the Allied Powers to come to the rescue of the Jews of Nazi-occupied Europe. Broadcasting on the BBC, he said, "It would be a crime and a disgrace to go on living, to belong to the human race, unless immediate action is taken to stop the greatest crime ever known to human history." Soon after, his wife and son were killed during the crushing of the Warsaw uprising. At the same time the Allied Powers were convening to discuss the plight of refugees. The words 'Jew' and 'Jewish' were banned from the proceedings, and the Allies decided to do nothing. Zygielbojm committed suicide in protest at their indifference soon after.

"The Holocaust put paid to the idea that when, facing annihilation, the Jews had any reason to expect much in the way of protection, succour or asylum from anyone. So it was not just what the Nazis did to the Jews. It was what everyone else failed to do that made the moral case for Israel."

After the war, "a desperate exodus from the blood-lands of central Europe, where two-thirds of Jews had been wiped out" made the perilous journey to the coast of British-mandate Palestine.

"There was no returning to that continent of phantoms. Some who tried to go back to what had been their homes in Poland and Romania were harassed, assaulted, sometimes even killed." 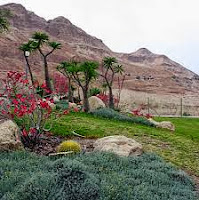 A judicious telling of the history of the run-up to the re-birth of the State of Israel followed, moving from the arrival of the Holocaust survivors and back to the Chaim Weizmann and the Balfour declaration, through the bitter inter-communal conflicts in the interwar years and onto David Ben-Gurion, pausing to reflect on a 1919 letter from Prince Faisal (later King Faisal) of Iraq, leader of the Arab Revolt, to a leading American Zionist:

"Dear Mr Frankfurter, I want to take this opportunity of my first contact with American Zionists to tell you what I've often been able to say to Dr Weizmann in Arabia and Europe. We feel the Arabs and Jews are cousins in race and suffered similar oppressions at the hands of powers stronger than themselves. We Arabs, especially the educated among us, look with the deepest sympathy on the Zionist movement. We will wish the Jews a most hearty welcome home."

"This is the document of what might have been," said Simon Schama, "and, you know, what might still be."

A 'very personal' narrative on two of the main strands in Israeli politics took shape as the programme proceeded.

On one side (the side Simon doesn't like) stand the "intransigent," security-minded nationalists, personified by the figure of Ze'ev Jabotinsky [whose ideas eventually, long after his death, flowed into Likud] - the side of the settler who Simon met [and clearly felt uncomfortable with] later in the programme, the side of those who support the security barrier.

On the other side (the side Simon likes) stand the the left-leaning, secular Zionists like David Ben-Gurion, the kibbutzim, and the liberal novelist he met [and clearly felt comfortable with] later in the programme.

To the accompaniment of poignant music, Simon Schama made his feelings clear:


"There has been a dramatic shift in Israel over the past decades. The secular, outward-looking Israel I remember from my days in [a kibbutz] has been eclipsed by one that insists - in the name of religion, nationalism or security - on separation and difference."

There's much more to say about about this episode, but I'll just mention a few more things and ask you to watch it for yourselves and discover all the rest.

Yes, we heard from an Arab refugee (Yacoub Odeh) from the time of independence,  but - unlike in nearly all other BBC programmes - he was powerfully balanced by the testimony of a Jewish refugee (Levana Zamir) from the Arab world.

"But there are other memories, and other catastrophes, dating to these same fateful years. Hundreds of thousands of Jews living in Muslim countries for centuries discovered suddenly their home was no longer their home." 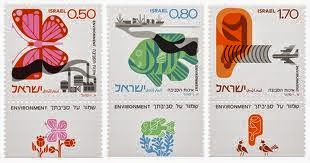 "The same story was repeated across the Muslim world, not just in Egypt, but in Iraq, Yemen, Syria and Lebanon, Morocco, Algeria, Tunisia and Libya. At least 700,000 Jews left or were expelled, many reduced to destitution, taking with them only what they could carry. Some went to America, others - in the North African world - to France, Iraqis to Britain, but many came to Israel, most of them Zionists by necessity rather than chose. The exodus of Jews from Muslim lands almost doubled the population of Israel in just a few years - the first but not the last demographic tidal wave to engulf this tiny country.

"In the decades that followed millions more would come when they could, from places as far apart as India, East Africa, the Caucasus and Russia. This was a country for Jews, but it also became one of the most diverse in the whole world."

This final episode was as strong as any of the other episodes in this wonderful series, but it was also the most thought-provoking, and the most challenging. Many will, perhaps, strongly disagree with parts of it.

Part of the challenge stems from that 'very personal' standpoint of Simon Schama. It's a 'very personal' standpoint which, I suspect, tallies quite closely with that of many at the BBC - when it comes to the issues of Jewish settlements and the security barrier. To have had a 'personal view history' from someone who would come out in support of Jewish settlements and the security barrier is still hard to imagine from the BBC; indeed, it's close to being unthinkable (which surely isn't as it should be, is it?)

Still, the whole series was a powerful and sustained argument for the necessity of the State of Israel, a moral vindication of the country's existence, a robust justification of Zionism. And that's something you don't usually get from the BBC.

So thank you Simon Schama.
Posted by Craig at 19:40