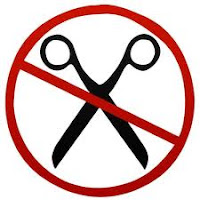 Anticipating Monday's upcoming edition of Panorama, Tax, Lies and Videotape, I hoped four days ago  - as you may recall - for proper investigative journalism rather than out-and-out campaigning from the programme, as befits an impartial BBC, and mentioned some things to look out for in order to help us decide whether the programme is engaged in campaigning:

So look out for the names Richard Murphy, Nicholas Shaxson and Prem Sikka. If any of these people appear, and if they are introduced by the presenter as some kind of independent expert, or labelled on screen as some kind of independent expert, then Panorama is at it again.
Also look out for the name of their campaigning colleague at Private Eye, Richard Brooks.
Time will tell whether this coming Panorama will prove to be a beacon of firm-but-fair investigative journalism, or a piece of campaigning journalism instead.

Well, the first thing to say is that the programme has already taken a major scalp, even before it has been broadcast:

HMRC's David Heaton quits after offering tips on avoiding tax
A government tax adviser who was secretly filmed offering tips on how to keep money "out of the chancellor's grubby mits" has resigned.
David Heaton, who advised HM Revenue and Customs on tax avoidance, was filmed at a London conference in a probe by BBC Panorama and Private Eye.

The last few words there - "a probe by BBC Panorama and Private Eye" - have led my eyebrows to take a Paxman-like upwards turn there. Surely the BBC can't be doing their investigation in tandem with Richard Brooks of Private Eye?

If they are, that would place the Panorama team behind the programme far too close, in my opinion, to the campaigners' camp. Mr Brooks is allied to the Tax Justice Network and was the inspiration for UK Uncut. That would hardly look good for the BBC's reputation for impartiality, would it?

This one will be worth watching on Monday.
Posted by Craig at 07:52