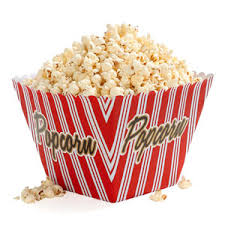 QPR defender Richard Dunne is known for being a record-breaking Premier League goal scorer. Unfortunately, the record he holds is for scoring the most own goals, currently standing at an impressive ten.

When it comes to scoring own goals though, the BBC is fast catching him up.

From the 'fake footage' scandal at Panorama, the fake 'dog being stoned to death in Israel' story, the various rows over excessive pay for top stars and the widely-panned Golden Jubilee coverage right through to the self-inflicted disasters of Savilegate and the false accusations against Lord McAlpine on Newsnight, the corporation has certainly been giving Mr Dunne a good run for his money and, indeed, with the latest farrago over executive payoffs (following a damning report from the National Audit Office), may actually have overtaken him.

Former DG Mark Thompson (now ensconced at the New York Times) accuses Lord Patten and fellow BBC trustee Anthony Fry of lying to parliament over the issue. Lord Patten strongly denies that with that, but this morning other former BBC bigwigs - Lord Patten's predecessor Sir Michael Lyons and Marcus Agius, a former member of the BBC executive - have given credence to Mr Thompson's claims. It's an ugly row.

On Monday, parliament will haul the warring BBC bigwigs, past and present, before a select committee and it could be brutal. By the end of Monday, important heads could be on guillotines and ready to roll.

Plenty of people have already cracked open the popcorn. Others are getting their knitting needles out.

Public trust in the BBC has been falling for some time, largely thanks to the BBC's capacity for self-harm. These kind of governance scandals seem to wound trust in the corporation more than anything else (especially if pay is the issue at hand). The BBC's reputation is likely to take another tumble over this.

Who needs anti-BBC campaigners when the BBC can do so much damage to itself by itself?
Posted by Craig at 09:23