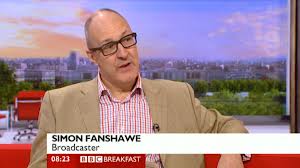 Nick Cohen's view that the BBC's liberal, conformist tendencies tend to stifle insightful reporting from people with non-conformist opinions (whether on the Left or the Right) can be generalised and then swung round to tackle the question of why, say, BBC Breakfast's paper reviews are so much more predictable than those on, say, Sky News.

Whenever I tune in it always seems to be the same people - Simon Fanshawe (on again this very morning), David Davies, Olly Mann or Bishop Stephen Lowe usually -, all on the BBC's merry-go-round.

Those four people - a Labour-supporting writer and broadcaster, a former FA boss accused of being too close to New Labour, a self-confessed 'liberal' writer and a left-wing bishop - may indeed suggest a comfortable left-liberal bias.

Are they typical though? Have I just tuned in at the wrong times?

I monitored the programme closely for a few weeks back in 2011, when Mr Fanshawe, Mr Davies and Mr Mann were already regulars. Other regulars, during this snapshot, firmly on the Left, were Mehdi Hasan of the New Statesman and Kevin Maguire of the Daily Mirror.

I did find, however, that BBC Breakfast does try to introduce the occasional counter-balancing right-leaning guest reviewer, usually the Telegraph's Tim Walker or the Daily Mail's Andrew Pierce - though neither of them anywhere near as partisan politically as, say, Mehdi Hasan or Kevin Maguire - and some of the other guests were what you might call 'unpassionate centrists' (if you could attach any specific label to them at all) or uncontroversy-seeking journalists from the broadsheets...oh, or Camila Batmanghelidjh. 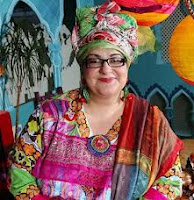 Please see what you make of the list (all relating to 2011):

[Simon Fanshawe began this morning with a dig at the Daily Mail and the Daily Express over their headlines - one dealing with immigration, the other with Princess Diana -, then chose to kick off with the Independent, criticised criticism of benefit claimants, expressed his shock at big companies' tax avoidance, discussed a story about an OAP trapped in a car, expressed his enthusiasm for Scottish country dancing, talked about high earners eating fewer calories in snacks and fast food than poorer people and about how a quarter of the population of the UK is now classed as clinically obese (from the Times), and noted that two scientist (in the Guardian) say that smoothies aren't good for you. Other scientists (in the Mail) say that letting your emotions out reduces the risk of premature death and that being angry can be good for you. So there. Simon advised: "Don't suppress it, express it!"]
Posted by Craig at 10:29