On Harry’s Place one of everyone’s faves is the blogger with the evocatively Roy Lichtenstein-like handle, Lucy Lips. 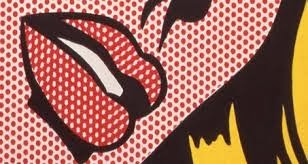 Her (?) latest post about the insufferable Mo Ansar was somewhat highjacked by a torrent of comments about last night’s Question Time.

Inspired by the Islamophobia theme, “Paul” sparked it off by abruptly asking if anyone watched last nights’ episode from Ilford. He noticed a ‘dead-eyed’ woman in the audience complaining about people linking Nairobi with Islam.

The subject of Will Self interested many commenters. Then I felt an overwhelming need to watch it on iPlayer. Just the bit about Nairobi. 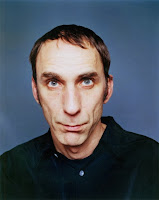 In fact it wasn’t any worse than usual. Par for the course. The audience was quieter than it normally is, and there seemed to be less jeering when a right-wing view was tentatively ventured, and I thought less hysterical applause when a leftwing view was offered.

Michael Gove’s spat with Will Self was quite fun, and I think Gove succeeded in deflating some of Self’s hot-air. He seemed to be slowly deflating afterwards. Like a helium balloon with a slow-puncture he had a sort of shrivelled air.

Now they’re telling me that Will Self is Professor of Contemporary Thought at Brunel University. I don’t know his fiction, but the type of thought he expresses on QT seems distinctly out-dated, like conceptual art. The non-shock of the not-new. Are there any other professors of contemporary thought? No, it’s a new chair.
"Professor Self will be giving a joint talk entitled “Urban Psychosis", in the university’s public lecture series at its campus in Uxbridge, on 29 March 2012."

Don’t forget common or garden psychosis, will you Will.

Also joining Brunel is Feminist Campaigner and Journalist Julie Bindel so they could sit together in the refectory and jointly make contemporary conversation.

Update about an update.
Because the paywall prevented H/P from reproducing David Aaronovitch’s Times article about his experiences of antisemitism I omitted to mention it in the above post. Now there is an update, including no-charge extracts from the piece.

“The Times comment editor, Tim Montgomerie, asked me two questions when I told him about this piece yesterday. The first was if I thought this kind of thing was getting worse. All I could say is that I am far more aware of it now than I was, say, 20 years ago. Some of this is clearly down to social media making it far easier for people to communicate with me and me with them.”

He then takes inspiration  from Simon Schama.

“An Austrian Jewish journalist called Theodore Herzl, attending the show trial in Paris of the framed Captain Alfred Dreyfus, concluded that the Jews were not safe in non-Jewish countries. Herzl is widely regarded as the founder of Zionism. And when it came to most of the countries of Europe, by 1945 his deepest misgivings were discovered to have been hopelessly optimistic.So all the things said about Jews when they were “stateless” is now said about them — about us, about me — in relation to Israel. Only now you say “Zionist” not “Jew”. But you apply it in exactly the same way. Divided loyalties, unwonted use of money and influence (beyond that exerted by any other group, natch).There was an extraordinary moment in Schama’s fourth programme when, sitting in an old synagogue he told the viewers: “I am a Zionist.” Straight out. Just like that. I thought that for many of today’s viewers he might as well have said he was a drinking buddy of Jimmy Savile’s. So many out there these days are anti-Zionist and thus anti-Schama.As for me, I have never been a Zionist. Nor committed to Israel. But I can tell you this. Every time I get one of those comments, or those e-mails, or those tweets or hear those insinuations, I begin to think, why not, David, why not? Why not wear the cap that so many are so keen to fit you out with?”

Indeed. There is a particular feeling one gets in Israel. Of relief. You might be a stranger there, a visitor from England, but you will not be  judged or treated patronisingly “as a Jew”. David Aaronovitch sounds like I used to be in the olden days. Not a Zionist, nor committed to Israel; but I never had to ask myself “Why not?” because it was before the media’s relentless campaign of delegitimising Israel had properly taken hold.
However  there was plenty of low-level antisemitism around, which was particularly prevalent in provincial areas where there were no Jews, particularly if one happened to be, unbeknownst to ones acquaintances, a Jew. Or a “Jewess” as people would say, and the only Jew in the village to boot. The fewer Jews people knew, the more they casually denigrated them.
It was only after returning home after a random visit to Israel that I ...**saw the light**.
If David finds himself torn between his Britishness and his Jewishness, he’ll have to start being a Zionist, and proud.