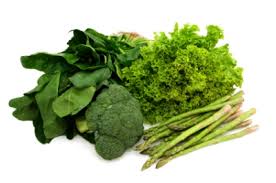 I used to closely monitor political interviews but I haven't done so for quite some time, nor felt any great inclination to do so either; but, as this is a blog (mainly) about BBC bias, a small-scale examination of how the BBC covers this year's UK party conferences might be of interest.

The conference season gets under way today with the Green Party. Their newish leader Natalie Bennett was interviewed at around 8.45 this morning, with Sarah Montague doing the interviewing.

8.45 isn't, of course, the coveted 8.10 spot - when most listeners are assumed to be listening - but it's not the graveyard 7.10 spot either. A time of day apt for the leader of a party with one MP then?

The interview lasted 2 minutes 40 seconds precisely (well, precisely enough. I could have used an atomic clock, but they're rather pricey at the moment). So, not a long interview, but probably appropriate for the leader of a party with one MP then.

As a test of the toughness of the interview, was Natalie Bennett interrupted by Sarah Montague? No, there were no interruptions.

Were any of her answers challenged? No. Each question asked put a different question.

Were the questions hard ones? Well, here's where subjectivity comes in, so while I'm saying 'no' to that, you might have a different opinion. So the only way to let you decide is to quote all of Sarah Montague's introductory remarks and questions:

Well, the Green Party meets for their annual conference today, and their leader Natalie Bennett will be taking to the stage, and she joins us from Brighton now. Good morning.

And the main message seems to be from you that...I suppose it's back to the party's raison d'etre, that of climate change, climate change needs to be at the fore again?

And I suppose it's always a problem for the Green Party of how you identify yourself, how you are seen. It leads some to say that, actually, you should change your name. Are you sympathetic to that argument?

And do you think the argument over fracking, for which you're very much opposed...do you think you can still win that? 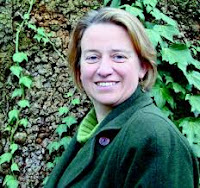 Natalie Bennett may not have been given a great deal of time but she was allowed to make the points she wanted to make, succinctly outlining her party's main talking points. She used the platform she was given well. She even declined the offer, implicit in that final question, to diss UKIP, saying that both parties are benefiting from the public's disenchantment with the three main parties.

The only other discussion of the Green Party conference came around 6.13am, when Sarah talked to BBC political correspondent, Chris Mason, for a couple of minutes.

Chris outlined what Natalie Bennett was going to say in her speech and then rehearsed the debate within the party about whether the Greens should stick to emphasising climate change or whether they should offer a much broader range of policies. He quoted their deputy leader wondering whether the party still wants to be seen as 'muesli knitters' and an unknown activist speculating about a possible name change [to the Muesli Knitters Party?].

As far as the UK-wide parties are concerned, the Lib Dems are up next, I believe, then UKIP, Labour and the Conservatives.


Update: Having just listened to The World at One's Green Party conference coverage I was tempted to expand my survey.

But, no, there must be no mission creep, lest I end up reviewing PM and the Daily Politics (etc), monitoring the entirety of the BBC News Channel, and invading Syria.
Posted by Craig at 12:57