You’ve probably heard of those well-known experiments that show we’re all psychologically programmed to go with the flow.     Conformity R Us.

Even when confronted with overwhelming evidence - logic, past performance, common sense and all manner of things that stare us in the face, the well-meaning and the ill-willed alike still believe what they believed in the first place if that’s what they want to believe, and of course, if everyone else they know believes it too.

Colleagues, relations, your best friend, people whom you’re fond of and who seem fond of you come over all funny when the conversation turns to Israel and the Palestinians; or even just to Israel. Despite never having been there, (or, in the case of a renowned craftsman who attended a course but ‘disliked seeing a lot of people wearing army uniforms’) they know quite a lot about Israel. It’s ‘aggressive’, and they feel ‘things would be a lot easier’ if it weren’t there.

It’s the one topic about which people suddenly don’t want to listen to you, even though they know you’ve been there done that got the T shirt, whereas they only know what they’ve seen on the TV and read in the Guardian. That is because you’ve been brainwashed, obvs. It can’t be them, because because because.

Worse, if you’re a respected or high profile figure and you stick your head above that particular parapet you risk marginalising yourself and ruining your credibility. 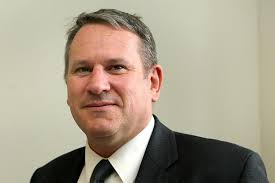 Look at Col. Richard Kemp. He presents detailed evidence in support of the IDF’s integrity informed by his own specialised military expertise, and what does he get in return? He’s told he’s Israel’s paid lackey.

Even a relatively obscure website like the one you’re reading now is dismissed as hasbara, the Zionist lobby, Israel right or wrong-ist.
You can see from past events how it works. You can cry ‘injustice!’ for years and years, and still no-one will take you seriously, until the zeitgeist shifts or that mysterious thing called a sea change occurs.
The Dreyfus affair is a prime example. Currently, Asian grooming, various medical scandals, Jimmy Savile and all sorts of ‘no-one would believe me’ stories of gross injustice keep on coming. The ignored whistle-blower, the discredited victim, the intransigence of those who didn’t want to know.
Remember the way the Arab Spring was misrepresented by the BBC?

Chickens can come home to roost. A friend has just succeeded in bringing a fraudster to justice after a 9 year battle, primarily with police who didn’t want to know, amongst other obstacles. Tenacity, perseverance and determination rule okay.

Even Thomas Wictor, who looks, at first, like a flamboyant conspiracy theorist, needs proper scrutiny. As he himself might ask: “what if I’m right?”

Col. Richard Kemp has written a response to  the  UN Human Rights Report of the Independent Commission of Inquiry on the 2014 Gaza Conflict -­ A/HRC/29/52

In doing so, he risks yet again being vilified for going against the flow. He is such a good communicator. I can’t understand why his arguments are not universally taken with the utmost seriousness and treated with the greatest possible respect.

“ Judge Davis accuses the Israel Defense Forces of “serious violations of international humanitarian law and international human rights law.” Yet no evidence is put forward to substantiate these accusations. It is as though the drafters of the report believe that any civilian death in war must be illegal.”

They do! They do! Not only the drafters of the report! Everyone under the sun believes this - but only when Israel is involved. There’s absolutely no logic in it, but they do sincerely think it.

“The report is characterized by a lack of understanding of warfare. That is hardly surprising. Judge Davis admitted, when I testified before her in February, that the commission, though investigating a war, had no military expertise. Perhaps that is why no attempt has been made to judge Israeli military operations against the practices of other armies. Without such international benchmarks, the report’s findings are meaningless.
The commission could have listened to Gen. Martin E. Dempsey, chairman of the United States Joint Chiefs of Staff, who said last November that the I.D.F. had taken extraordinary measures to try to limit civilian casualties. Or to a group of 11 senior military officers from seven nations, including the United States, Germany, Spain and Australia, who also investigated the Gaza conflict recently. I was a member of that group, and our report, made available to Judge Davis, said: “None of us is aware of any army that takes such extensive measures as did the I.D.F. last summer to protect the lives of the civilian population.”

The reason so many civilians died in Gaza last summer was not Israeli tactics or policy. It was Hamas’s strategy. Hamas deliberately positioned its fighters and munitions in civilian areas, knowing that Israel would have no choice but to attack them and that civilian casualties would result. Unable to inflict existential harm on Israel by military means, Hamas sought to cause large numbers of casualties among its own people in order to bring international condemnation and unbearable diplomatic pressure against Israel.

Let’s wait and see how many more terrorist atrocities have to happen before crowd-psychology turns the entire tanker around till it faces the right direction. I hope it’s soon for all our sakes.


First the BBC must stop leaving out half the news and stop turning a blind eye to naked prejudice against Israel whether it’s from the Middle East or right in front of its face.
Posted by sue at 17:29