The BBC is biased!

A couple more pieces in the press about Roger Mosey’s  book.
Damian Thompson has written in the Daily Mail and Rod Liddle in the Spectator.

Damian and Rod both singled out the story about the Newsroom’s fear of racists and bigots airing their nasty views on the BBC.

'One night on the Ten O'Clock News we broadcast a package from a racially diverse part of Britain, where ethnic minorities had become a majority of the local population,' writes Mosey.'People there were interviewed about how they felt about the immigration that had led to the ethnic mix. Only one white man was featured, and he said he was perfectly happy with the way his neighbourhood had developed.'
It’s a good story, which neatly sets out the problem we’ve all been trying to prove.

He recounted a story of the Ten O’Clock News broadcasting a package from an ‘ethnically diverse’ (i.e. monoculturally Muslim) part of Britain in which all the comments but one from the indigenous white folk were edited out because they were deemed ‘racist’: the one comment that remained expressed great satisfaction that these colourful and interesting people had so enriched all of our lives. It was not hugely representative of the real feelings in the community. It was, instead, a travesty. 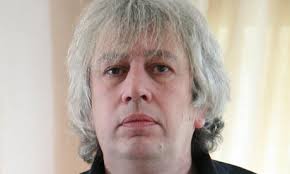 Both journalists have been known to complain about the BBC’s bias before, and Roger Mosey has given everyone a good excuse to go on about it some more. The evidence seems incontrovertible.

Goodness knows what good it will do.
Posted by sue at 13:51