The Daily Mail is screaming!

Liberal BBC out of touch on migration, says its ex-director: Former head of TV news believes corporation is not reflecting views of its audience

“In his memoirs, serialised in The Times, Mr Mosey claims that the BBC "sanitised" a report about an area with high immigration by choosing not to include "hard" interviews with certain members of the white community.He also took a swipe at a leaflet sent to local BBC radio stations suggesting that target listeners were a middle-aged couple called Dave or Sue, who socialised with people of different backgrounds and were open to adopting aspects of other cultures."It must have been something of a shock to the writers of this leaflet when many real-life Daves and Sues went off and joined Ukip," he said.

As Dave-Craig-and-Sue, (not a middle-aged couple) who habitually socialise with people of different cultural backgrounds and are open to adopting aspects of other cultures (apart from ‘conservative’ religiously motivated cultures that hate us) and who didn’t go off and join UKIP, I would like to say a few words about Roger Mosey who, apparently   Has. A. Book. Coming. Out.

“Getting Out Alive” There you are. A plug for a book right here on “Is the BBC Biased?”

Perceptive, revealing and honest, Getting Out Alive reveals what makes the BBC tick. It’s funny, too. A delight.

(Above quote from John Humphrys!)

The name was familiar to me. Roger Mosey. Yup. Heard it before. Where? Ah yes. On the BBC, in credit announcements and the like. 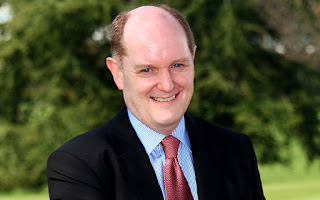 So what’s this, another of those ex-BBC high-ups dishing the dirt? Another of those “I used to be one, but now I’m not” retrospective whistle-blowers who like to make belated confessions and publicise the new book into the bargain?

The most substantial article, (and serialised excerpts) is in the Times (£)   Titled: “Editors were too prone to group think”

I suppose I’ll have to transcribe some excerpts for those of you who don’t subscribe. Drat.

“The BBC suffers from liberal “group think” and dysfunctional governance” one of its most senior figures of the past two decades has said.”

Failed to reflect the concerns of its audience over asylum and immigration and had adopted a “liberal-defensive” position on these issues.’

Ooh missus!  You are awful

Cut to the serialisation of Roger’s new booky wook entitled “Getting out Alive” in particular the selected portion on page 15 of the Times.(£)I’ll ignore the stuff about Savile for now, because I see it as low-hanging fruit - old news that’s already been chewed up and spat out. Here’s the bit I’m concerned with today:


“Back in the newsroom, it was the domestic issues of immigration and asylum that were proving tougher to sort out. One night on the Ten O’Clock News we broadcast a package from a racially diverse part of Britain, where ethnic minorities had become a majority of the local population. People there were interviewed about how they felt about the immigration that had led to the current ethnic mix.

Only one white man was featured, and he said he was perfectly happy with the way his neighbourhood had developed.Curious about how representative he was, I emailed the reporter next morning; “Just wondered, did all the people you spoke to think the majority/minority racial position was good? What I wonder is whether we represent diversity well(which we should) but also whether we represent diversity of opinion as well (which w also should!)”
The reporter replied that the vox pops had been fraught with difficulty because of the “problem” of the white population, many of whom were, in his view, “fairly rabidly racist. It was a nightmare in terms of what could be used in the piece”, he said; if he had used the “hard” white voices, it might have been illegal in that it could have been construed as inflammatory. Hence the decision to use the one man who had expressed a positive view.


I shared this with colleagues on the Newsboard, who were as appalled as I was. It started of course, from good intentions, but it ended up with an unacceptably sanitised piece of reporting.*
It was around this time that BBC local radio identified for its staff its typical target listeners imagined as a middle-aged couple called Dave and Sue.

A leaflet for all local radio stations included a section on their hypothetical attitudes. **
“Now it’s an established every day reality that Dave and Sue work alongside and socialise with people of different ethnic backgrounds” producers were told. “They are interested in and open minded about adapting aspects of other cultures into their own lives - in entertainment, medicine, belief, food, clothes and language. Their community-minded attitudes mean they are interested in projects which advance social cohesion in this country and in international development issues. It must have been something of a shock to the writers of this leaflet when many real-life Dave and Sues joined Ukip.


I went into battle in the summer of 2003 with the BBC’s editorial policy team, who circulated minutes from an advisory meeting about the coverage of asylum seekers. This was playing strongly ahead of the bigger debate about immigration.The meeting criticised TV news for “ muddling up” asylum with war and terrorism, and said that people were “already making a link” - which was not unexpected, given that a story of the time was about some asylum seekers trying to poison people with ricin.
The editorial policy people disliked (sic) our use of ‘iconic” pictures of the Sangatte Refugee camp, whatever that meant,  and concluded that we should take care to use reliable information and not stoke up prejudice - which is correct- but asserted that this area was “being led by an angry tabloid agenda and extreme right wing groups”.


I sent a truculent email back. I should make it clear that I abhor racism, and I accept in numbers 1000% the need to reflect all debates with balance. But the asylum debate is one on which we’ve done rather badly in reflecting the concerns of our audiences or the genuine crisis faced by the government in dealing with the issue, and these minutes read like a pure liberal-defensive response rather than a quest for range and diversity in our journalism. I shared the correspondence with one or two like-minded souls, including Jeff Randal who had been brought in by Greg (Dyke) as business editor. He wrote to me does anyone in the BBC’s policy unit “Thought Police” read Richard Littlejohn? They should. He reflects popular opinion far more accurately than the views of those whose ideas of a good night out is reading the Indy over a vegetarian mean in a Somali restaurant.”


I believe most people in the BBC are fair minded, and journalists have a professionalism that means they steer well clear of party-political bias. I have never had the problem of an editor who has skewed an agenda in favour of the Conservatives, Labour or any other party. But there can be a default to “groupthink” - a set of assumptions that seem reasonable to everyone they know. [...]
There was a disdainful attitude towards George W Bush from many in the media including some parts of the BBC. I wasn’t alone on the News Board in being concerned about this. Aa a corrective, I gave a newspaper interview about the need for impartiality that was headlined “President Bush isn’t automatically wrong”.

*This is spooky. It reminds me of that era on the Biased BBC blog, when
an undercover BBC spokesperson (allegedly) used to try to counter our rapier-like critiques, using the ironic pseudonym “John Reith.”
When we mentioned the BBC’s habitual whitewashing of Islam and its obstinate refusal to address such things as ‘holy Jihad’ John Reith suddenly, almost in despair, pleaded “You’re not helping!”
And exactly what, we wondered, were we ‘not helping’? “Social cohesion of course”.

** The Dave and Sue scenario is straight out of W1A. Imagine Siobhan pitching the concept to a Head of Values meeting.  Dave and Sue, yeah cool.

But Mosey’s “shock-horror reality” revelation that liberal minded Dave and Sue had in fact defected to Ukip is almost as patronising.

The reality is, if the commentariat that abounds throughout the internet is anything to go by (in advance I concede that maybe it’s not) that 'mainstream' views are neither rabidly Little England  nor wildly Liberal-left /multiculti, but somewhere in the middle, and intelligent people who observe roughly what’s going on in the world (not just from the BBC), are capable of reaching their own conclusions about immigration, social cohesion, Islam, racism, bigotry and ‘right and wrong’.
To recap:

“But the asylum debate is one on which we’ve done rather badly in reflecting the concerns of our audiences or the genuine crisis faced by the government in dealing with the issue, and these minutes read like a pure liberal-defensive response rather than a quest for range and diversity in our journalism.”

Now we’re getting somewhere. That bit was perfectly okay. Dave and Sue approve.

“I shared the correspondence with one or two like-minded souls, including Jeff Randall who had been brought in by Greg (Dyke) as business editor. He wrote to me does anyone in the BBC’s policy unit “Thought Police” read Richard Littlejohn?” They should. He reflects popular opinion far more accurately than the views of those whose ideas of a good night out is reading the Indy over a vegetarian mean in a Somali restaurant.”

Jeff Randall, of this fame?

“It’s a bit like walking into a Sunday meeting of the Flat Earth Society. As they discuss great issues of the day, they discuss them from the point of view that the earth is flat.“If someone says, ‘No, no, no, the earth is round!’, they think this person is an extremist. That’s what it’s like for someone with my right-of-centre views working inside the BBC.”

I’m not sure that Richard Littlejohn represents Dave and Sue either, but still, that Jeff Randall quote includes a helpful analogy of  the BBC’s "groupthink "definition of an extremist.

“I have never had the problem of an editor who has skewed an agenda in favour of the Conservatives, Labour or any other party.”

Is frankly laughable. Has Roger Mosey never looked on Twitter?

This is like the curate's egg. Good in parts. Good that it's drawn attention to something that needed attending to. But I'm not sure that Roger really gets it. Are you?
Posted by sue at 12:59