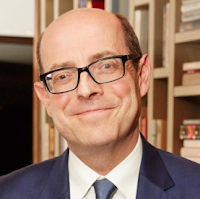 The Guardian reports the following this morning from BBC political editor Nick Robinson:

In an interview with the Guardian, Robinson said he had “thought quite a lot” about comments Cameron made during the campaign, which were interpreted by BBC staff as a veiled threat and “another bit of pressure”, since first writing about them in his recently released book about May’s election.

Robinson said his sources on the Tory bus said Cameron had responded to a BBC story about something he allegedly told his deputy, Nick Clegg, calling it “rubbish”, before going on to say: “I’m going to close them down after the election.”

Though Robinson has written that it was impossible to know if Cameron’s comments were a threat or joke, he said the impact on BBC staff was real.

“What really matters is the impact it has on other people,” he said. “Some people on the bus regarded it as funny but they generally didn’t work for BBC. The people who did [work for the BBC] regarded it as yet another bit of pressure and a sort of sense of ‘don’t forget who’s boss here’.”

Update: Alan at Biased BBC is accusing Nick Robinson of trying to "smear" David Cameron here, possibly as part of "some black propaganda on behalf of the BBC in the run up to its charter negotiations".

Given recent events here at ITBB, my lawyers (Khan Solicitors) advise me to keep my gob very firmly shut. BBC types seem to be turning litigious these days.
Posted by Craig at 11:59